no, i did not let benny watch Sharknado. . .

i walked into his pre-school room yesterday and there was a cute little display on the wall about sea creatures.
each child had told the teacher a story to jot down, and added an illustration.
things like this nice, fact-based, thought: 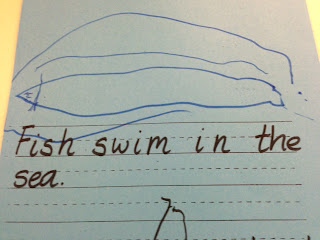 and this more detailed bit: 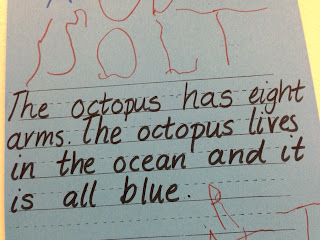 so, i looked for benny's, excited to see what he had contributed to the wall.
i should have known. . . 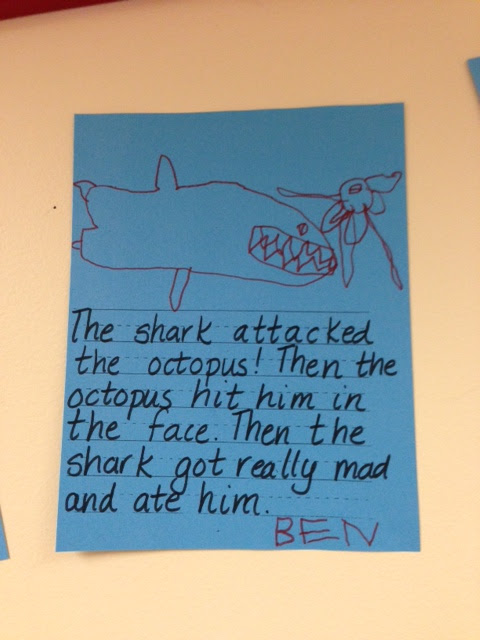 fortunately, he is the same little guy who also desperately wanted to go to the "Bug Party" in the playground after school.
where he insisted we make "ants on a log," (celery, cream cheese and raisins.)
then he also insisted i eat it.
because, "that thing is just gross, mommy."
he also had fun doing a little splatter art. . . 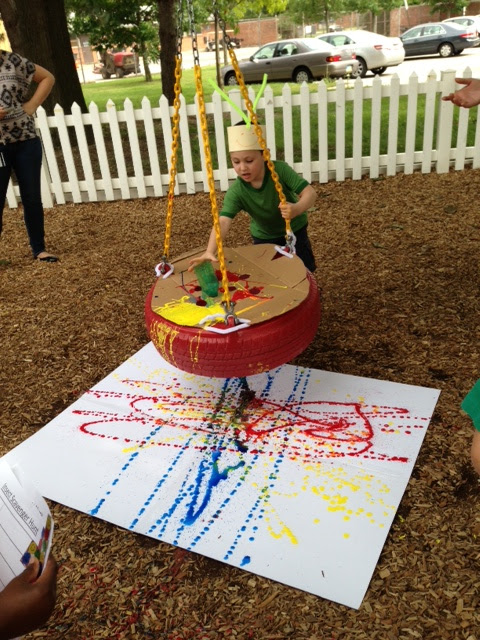 and he was quite proud of his antennae hat. 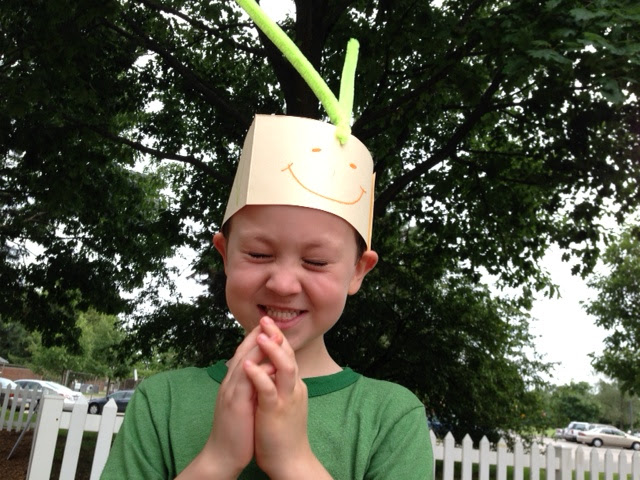 which was pretty precious.
and innocent looking. 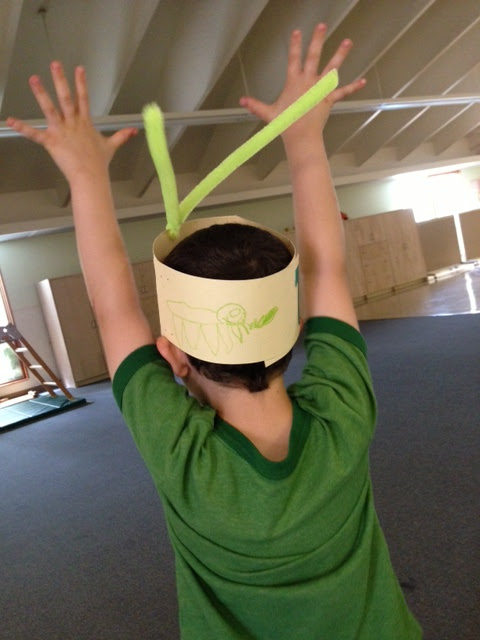