my poor mom.
i wanted to put up a nice photo for a post in honor of Mother's Day.
i had to dig deep to try to find a photo where i am not making some silly face or another.
all the way back to 2002.
where i'm not technically looking at the camera anyway. . . 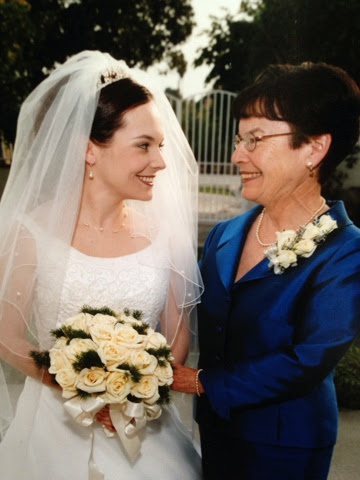 luckily, she also has Katie: 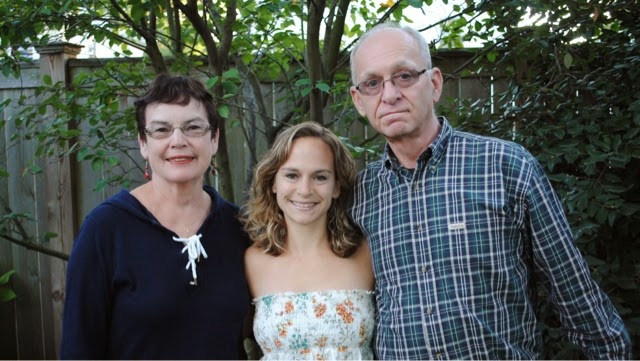 we have a full day of lunching and baseball and swim lessons here.
the boys have been gems today.
they've been helping around the house.
and, generally, getting along.
benny has told me my gift is to get to build his new iron man Lego set with him.
considering one of the boys usually gets named for this role, it's a big deal.
and, as a big believer that time is a gift, I couldn't love the gesture more.
my favorite part of the day so far?
the boys taking turns on a Highlights hidden picture game.
check out the concentration. 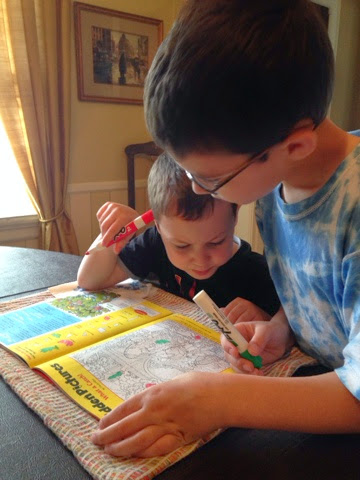 but, to me, the part that melted this momma's heart was happening behind the scenes. . . 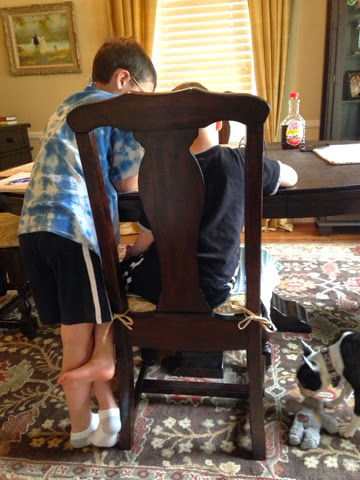 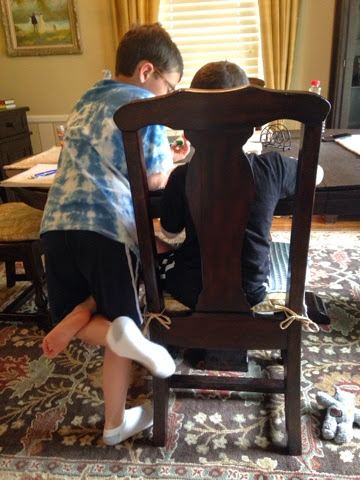 the foot kills me.
i'm so grateful for two sweet boys, and a wonderful mother, to celebrate today!
♥ posted by momma savvy at 2:01 PM No comments:

Email ThisBlogThis!Share to TwitterShare to FacebookShare to Pinterest
Labels: Mom

fail photo friday: what my fitbit is really telling me

i have started wearing a Fitbit.
this, in and of itself, was an accomplishment for me.
i received it through a Your Plan For Health incentive program at work.
in November.
and manged to take it out of the box in April.
oops.

anyway.
i have really enjoyed wearing it, and i'm glad by friend Janet convinced me to turn it on.
as far as steps go, it's a great little motivator. 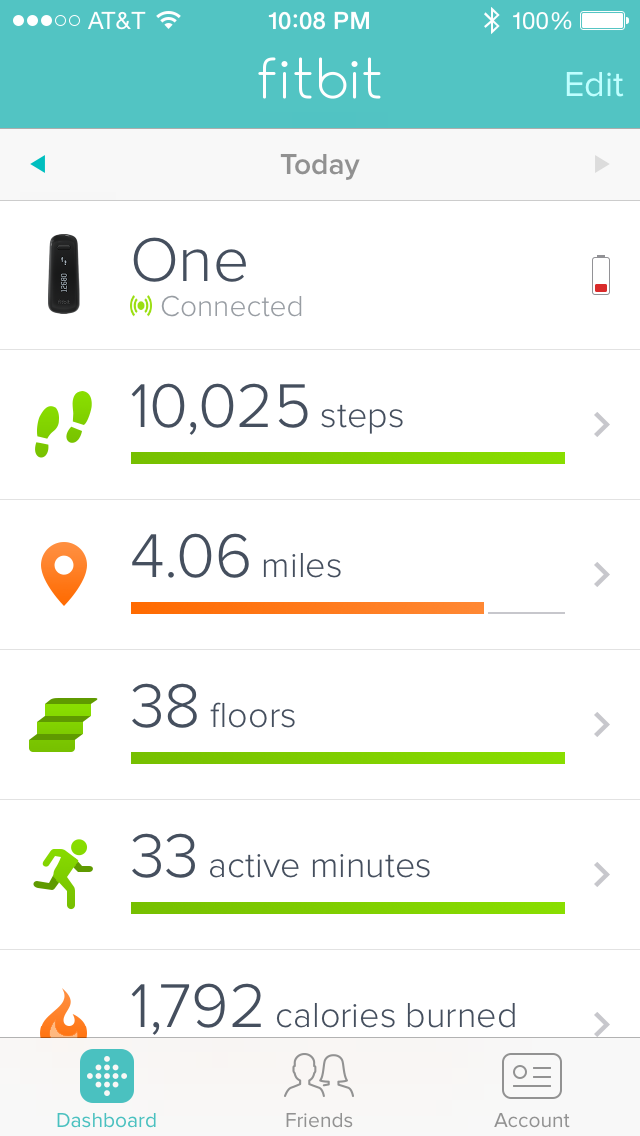 technically, this says i went up/down 38 flights of stairs.
pretty good, right?
not really.
because i know the real story.

this is what that particular day actually looked like, in stairs:

go down to make breakfast: 1
go back up to get ready for day: 1
come back down to get benny to do something he is avoiding doing: 1
back up to finish getting ready: 1
back down to leave house for work: 1
climb up stairs to get to office building: 1
leave for meeting: 1
come back: 1
leave to go home: 1
go upstairs to put on my PJs at 6:00 pm because i lack shame: 1
back down to make dinner/hang out with folks: 1
up to get benny a book to read: 1
down to read book: 1
up to wash my face/get boys ready for bed: 1
down to watch TV/read/yap at bernie: 1
up to bed: 1

that would be a total of 16, give or take.
so...where are the other 22?
that, my friends, is the golden question.
because THIS is what my fitbit is really telling me:
i am, completely and thoroughly, no longer able to remember basic things.

if my fitbit had an audio capture in the 5-10 seconds before i walked those stairs, it would be filled with statements like this:
"oh! my phone!"
"ack! wallet!"
"did i just make and leave my coffee downstairs?"
"shoot. phone cord."
"have you seen my red shoes?"
"i thought you said you would grab the tickets."
"we're about to leave. where did anth go?"

poor bernie.
he is the human extension of my failing memory.
before i spend too much time thinking about where a lost item is, i just ask him.
and he knows.
almost every time.

so, this is what my fitbit says: 38 floors
this is what is should say: 38 floors (16 intentional)
or, perhaps: 16 purposeful floors, 22 oops floors, please ingest ginko biloba.

i may be the only fitbit user hoping to see a decrease in the "floors" category over time. . .

about a month ago, I posted about my choice to go grey.
that, in and of itself was an interesting choice.
but, to be completely honest, as the writer of a blog that started out with the sole purpose of capturing the silly moments in the lives of my kids, i consistently grapple with posting things entirely about myself.
in my eyes, if you came here for a laugh about what my offspring decided to to today...in public...is it a bait-and-switch to get a post from me about what i did inside my brain?
or, in this case, with my follicles.
but, i digress.
per usual.
due to the nature of that whole "time" concept, my boys are continuing to get older.
as they do, I fully intend to blog about life around the Savvy abode.
but, i also feel a need to more carefully choose what I share, out of respect for the more cognizant beings they are becoming.
and so i have some special stories saved only for their future partners...
i am currently taking Brene Brown's online course.
as I am working through topics like letting go of comparing, embracing creativity, and cultivating concepts like play and calm (all a work in progress for me), i have been spending a lot of time thinking about the peace that comes with allowing myself to be more authentically...me.
part of that has been allowing myself to be a character in my own darn blog.
without feeling selfish.
or like i gave the blog the wrong name. . .
another part of the authenticity journey was the grey hair.
it's relieving and exciting at the same time.
i wanted to share some photos with my mom and sister.
i thought that a side-by-side comparison would show my progress over the last few weeks: 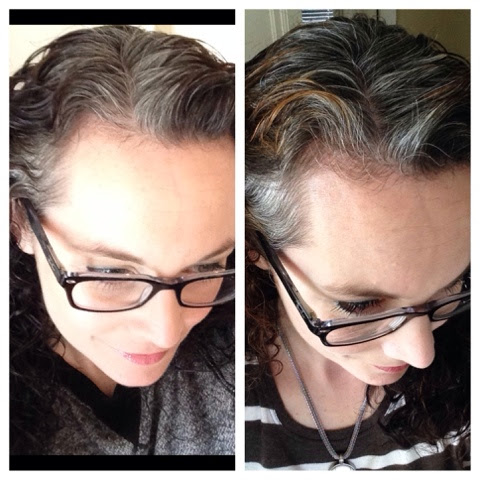 turns out, they look basically the same after 4 weeks.
anyone who knows me well, knows that I can lack patience.
actually, acquaintances likely know this about me as well.
ugh.
full authenticity?
people who have passed me in Target probably recognize this about me.
sadly, i have not taken a course on patience as of late. . .
in mid-april, i had some highlights put in to try to create some variation/have less of a skunk stripe. now i have three hair colors instead of two.
i'm still not sure if that was an improvement.
also?
it seems that my joke about looking like a Zebra was actually an accurate prediction: 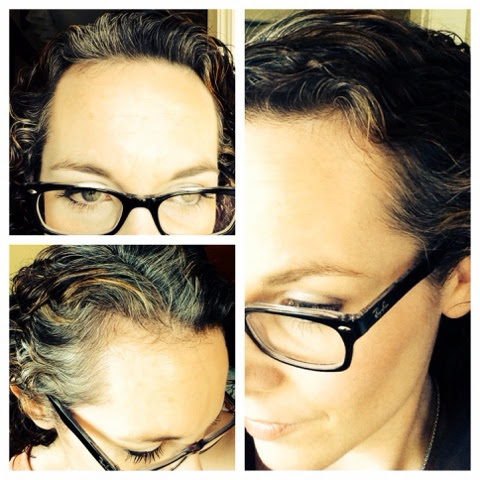 apparently the right side of my head is much more grey than the left.
because of course I would have some sort of pigment-driven version of a mullet.
sideways.
also?
who knew it would be going grey that got me into the business of taking selfies.
that look oddly like Ray-Ban product placement. . .
anyway.
if i could be one of those creepy pull-her-hair-to-make-it-grow dolls from my childhood, I would.
because, it seems, i have a long way to go. 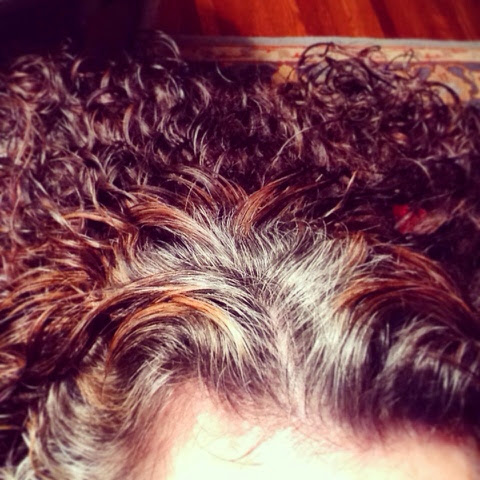 i absolutely love the fact that both of my boys are still willing to hold my hand in public.
i almost hesitate to write this, just in case it jinxes me.
but, to date, neither of them has fully realized what an embarrassment i am.

the one time i consistently struggle to snag benny's hand is on the way in or out of his daycare facility.
his classroom is at the end of a long hallway, and he loves to run/skip/you-name-it down that hallway.
anything but walk.

on wednesday morning, he slowed down as we were getting closer to his room.
so i gave it a whirl and asked, "hey benny. can i hold your hand?"
he picked up his pace, opened the door to his room, and didn't even look at me as he responded, "nope. and i think you mean 'may,' not 'can.'"