during high school, my best friend's family took me along on a summer vacation.
we stayed in a houseboat on Lake Shasta.
it was amazing.
except for two part of the trip.

part one:
lynn's older brother kevin and his friend thought it would be fun to take lynn and i out on the jet skis.
which would have been fun.
in theory.
until they proceeded to dump us in the middle of the lake and drive off for a bit.
this was less than fun.

part two:
one evening, i heard a sound that i will never be able to imitate or accurately describe in this life.
all i can say is that, to this day, i can still hear it perfectly in my head.
because it sounded like the growl/roar/cry of neither a human nor any animal that should have been in the area.
or any area.
i'm going to say that a Yeti was on vacation in Tahoe that week, too.
i, of course, was thoroughly disturbed by this sound.

years later, my best friend's dad admitted that he had also heard that sound.
and was equally disturbed but trying to keep things calm.

i took this photo of Rocky sitting in the sun the other day.
and didn't see the expression on his face until later: 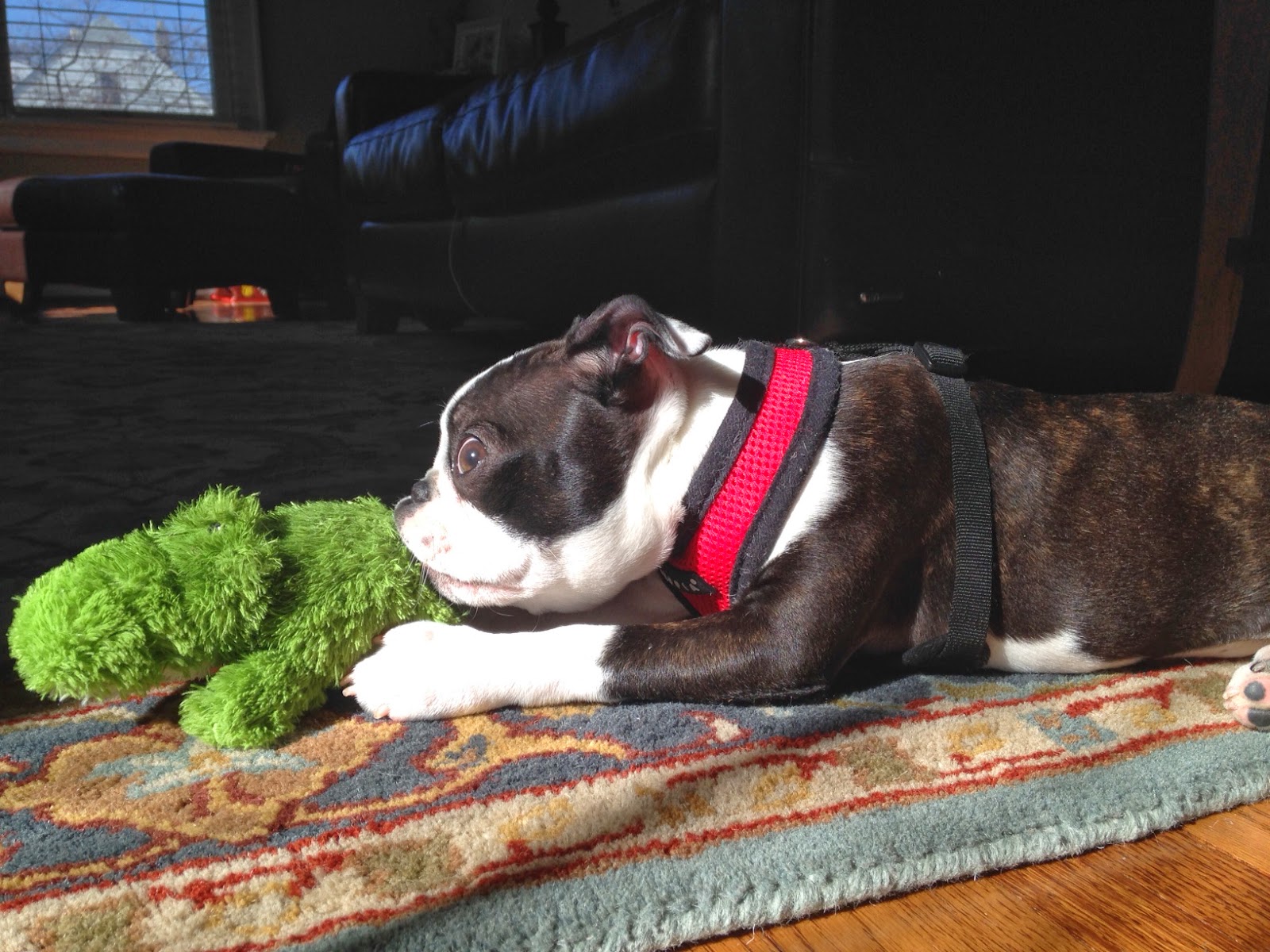 it seems as if i caught the exact moment my puppy also heard my friend the Yeti as well.