bernie will complete his MBA in march.
as a result, we are excited to start doing things like schlep the little gents to after school fun.
bern and i have been looking into leagues in our area, and have been asking anth what he most wants to do.
after much consideration, anth informed us that he wants to play the sport where he is least likely to get injured.
he has suggested golf.
seriously.
bern and i have been encouraging the baseball/soccer route.
he is concerned that these sports might involve "bleeding."
but....anth LOVES playing hockey at school with his friends.
and recently, his kindergarten classroom planned a field trip to the OSU Ice Rink where some of the women from the hockey team were going to be there to interact with the kids.
anth was elated.
(now, he had been saying all week that the "boys were going to play hockey, but the girls had to ice skate." i was a little concerned about genderization, but when i got to the rink i realized that it might be my little man imposing those guidelines. that was duly noted and tucked away for the appropriate setting.)
anth's teachers invited parents to come and watch the fun.
i, of course, came and brought the camera.
and found out that the parents were also invited to go on the ice.
which i found to be rather genius. 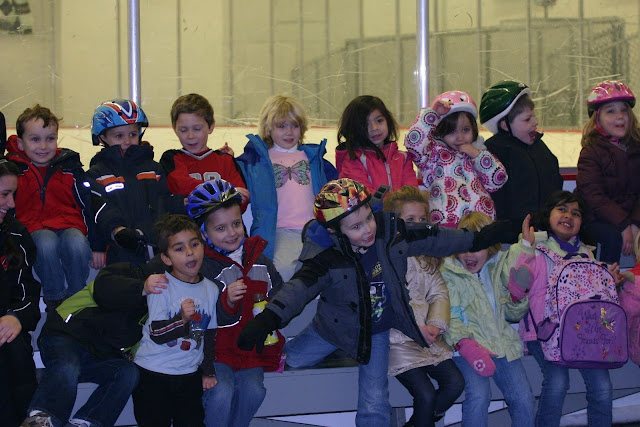 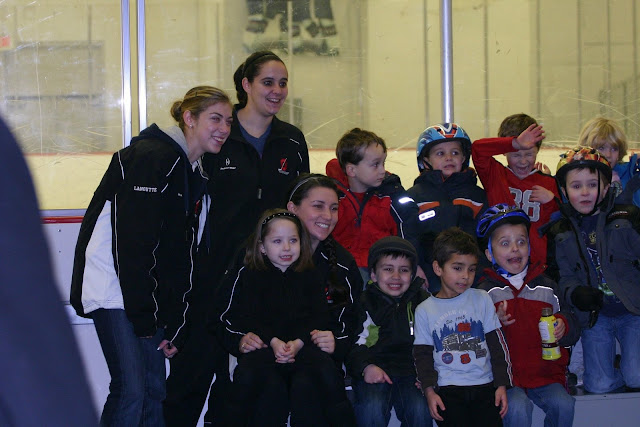 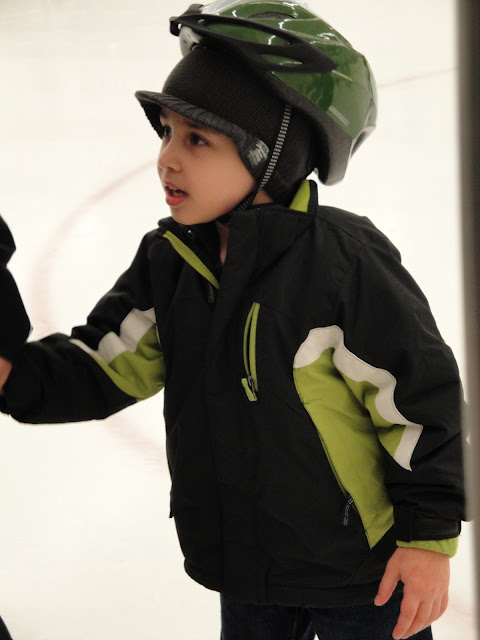 the teachers asked that the kids wear their bike helmets for safety.
anth added the hat underneath.
this will be trendy.
someday.
perhaps. 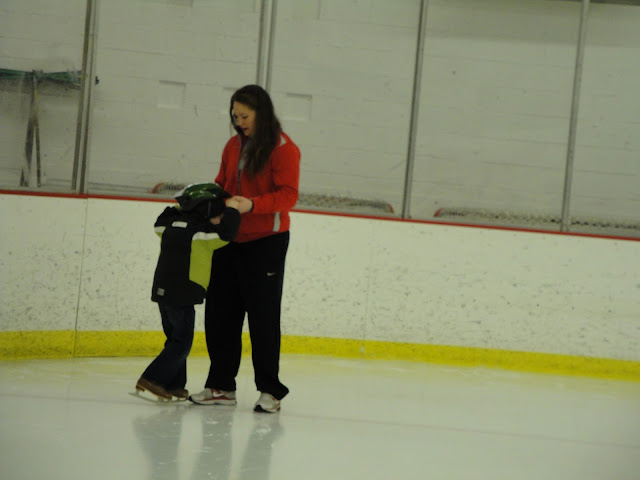 at first, anth went out with one of the students while mom caught a few pictures. 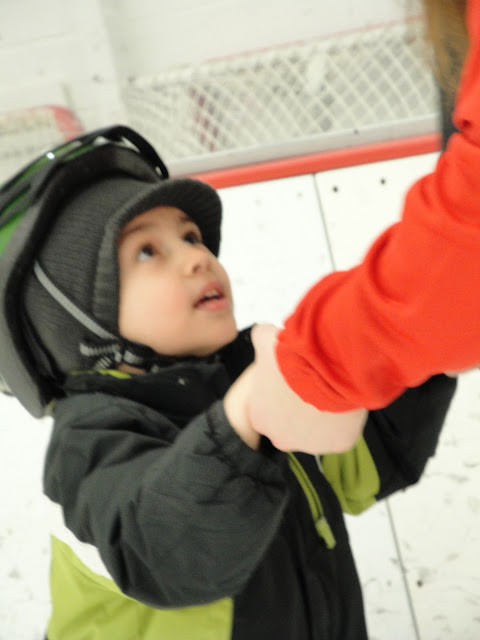 i really wish i had achieved a clear version of this.
look at that trust.
melt. 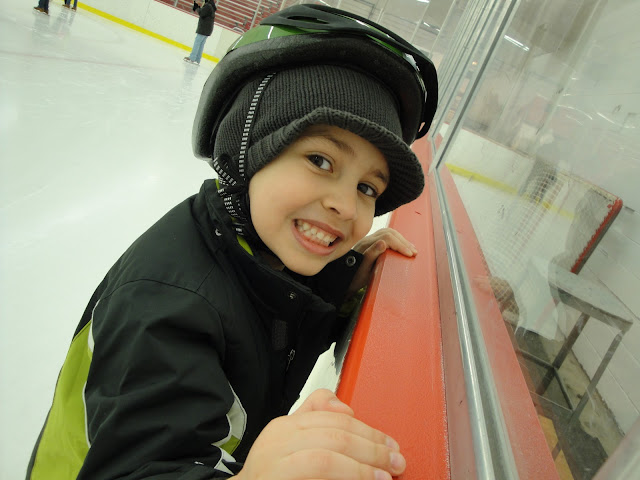 then i came out on the ice to join anth.
we spent a little bit of quality time together holding onto the wall while i adjusted. 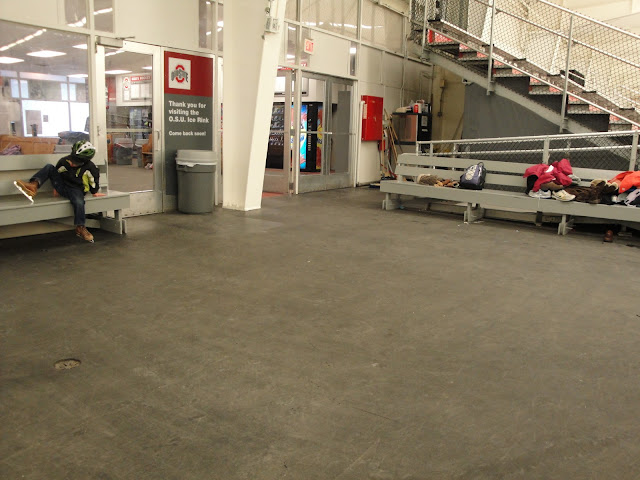 now, there are some characteristics in anth that are clearly mine, and some that are obvious bernie passdowns.
in this case, bern and shared part in blessing him with a case of sporadically assigned perfectionism.
as he realized that this whole thin-blade-on-slick-surface thing was going to be tricky, there was some frustration.
eventually, anth suggested we go back to walking around on the "easy floor."
i decided it was time for a break, so anth came out and spent some QT with the bench.
then he took off his skates.
i let him sit there for a few minutes to ponder his existence. 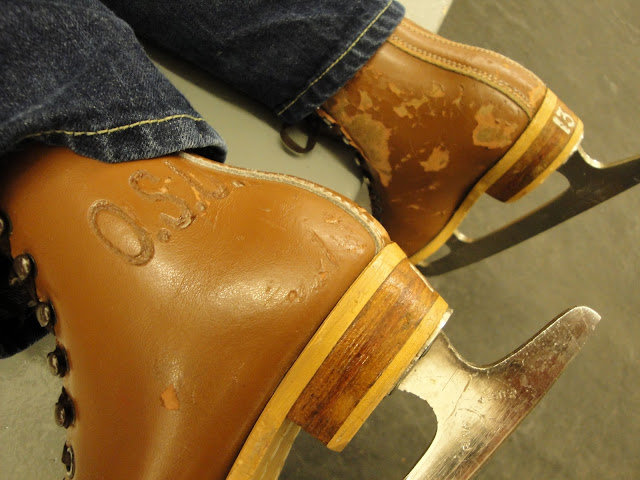 when we had sufficiently pondered and decided that it was going to be a long time before the bus would take him back to school, he asked if i would put his skates on again.
and he sat for a while peering into the rink through the glass.
eventually, he caved and asked to go back. 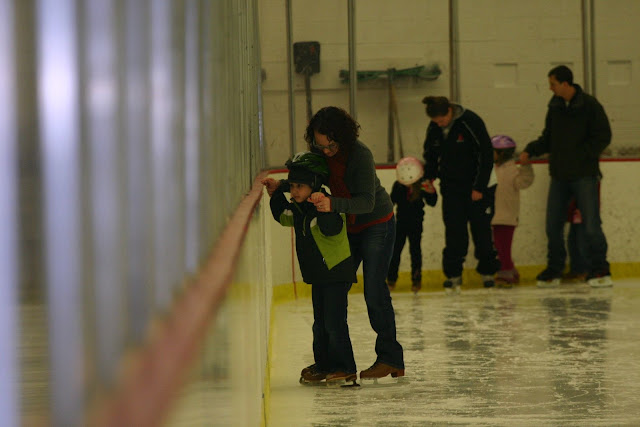 one of the fellow parents was also taking pictures and has shared the next few.
clearly, our first stop was back at the wall. 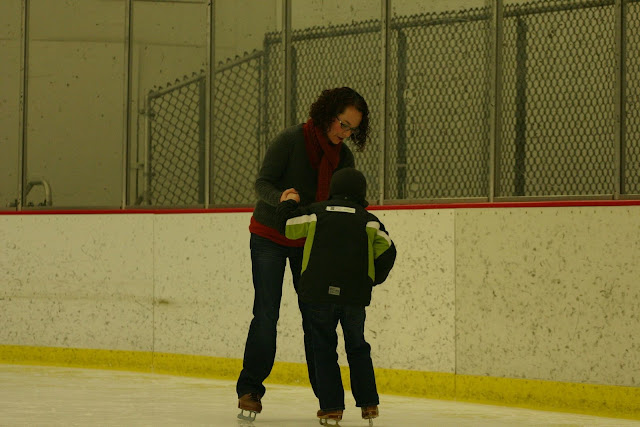 and eventually, inches away from wall. 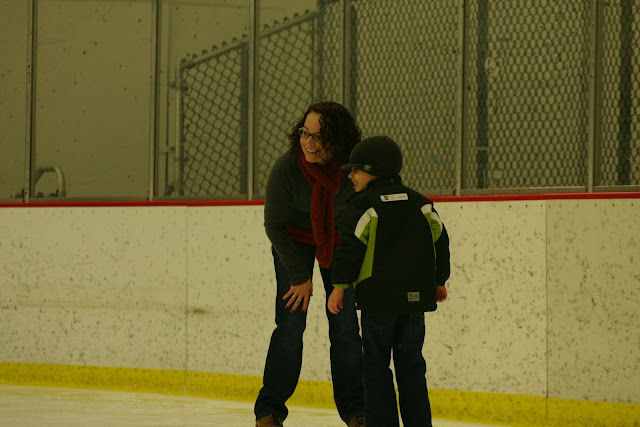 then we stopped to pose.
for what, i don't know.
at no point was anyone taking our picture.
but we look like we were into it. 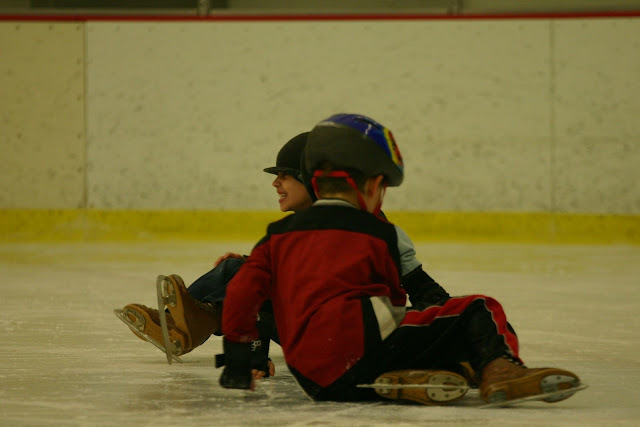 eventually anth made the journey to the "center of the ice."
this was a very big deal.
and finally, he fell.
with two of his friends. 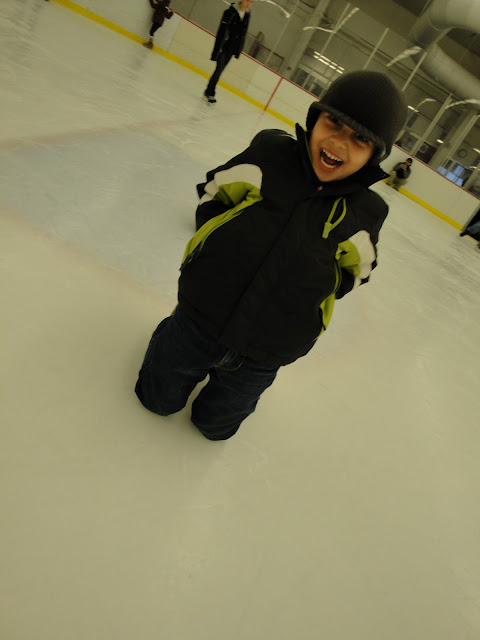 and he discovered that falling was not all that big of a deal.
and, generally, did not involve any "bleeding." 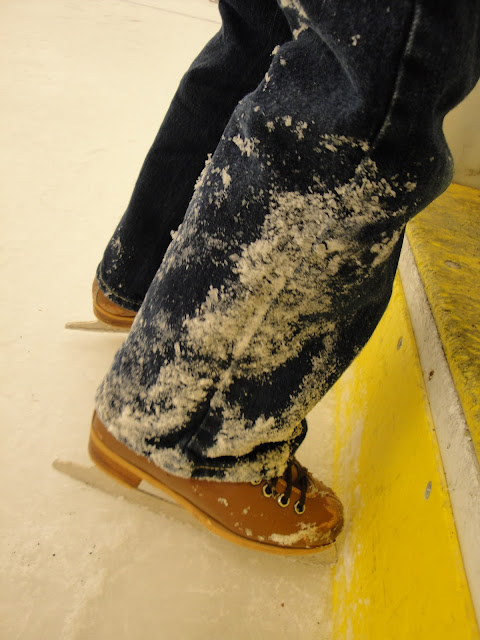 he was even willing to...yes...get a little dirty.
nonetheless, he had other big plans. 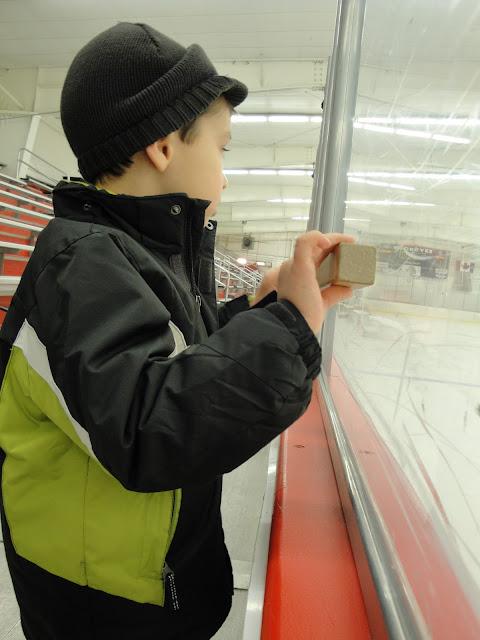 as it was time to wrap up, anth reminded me that he had brought an experiment from his classroom.
he was supposed to push a block and another boy was charged with rolling a cylinder and they were going to see how far they went.
i am fairly certain that anth reminded his teachers of this approximately 143 times as they exited all the kids from the ice. 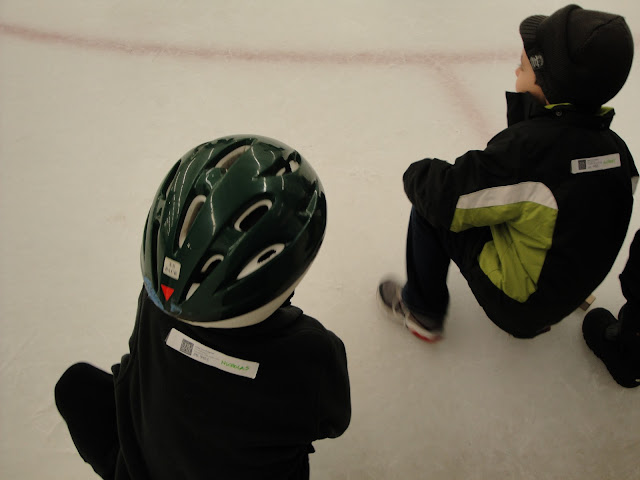 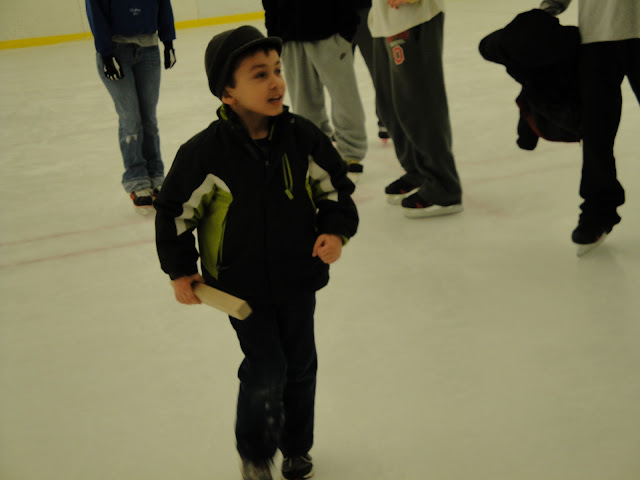