first dates are SO awkward

back in december, anth and ben were invited to attend anth's friend Ziya's 6th birthday party at an OSU Ice Hockey game.
Anth and Ziya were in school together for several years, from the time he started at 9 months.
i think the following two photos pretty much sum up how anth feels about Ziya.
they have a sibling-like relationship involving equal parts of tough and love.
for anth, it's mostly love.
because, in his eyes, they go "way back." 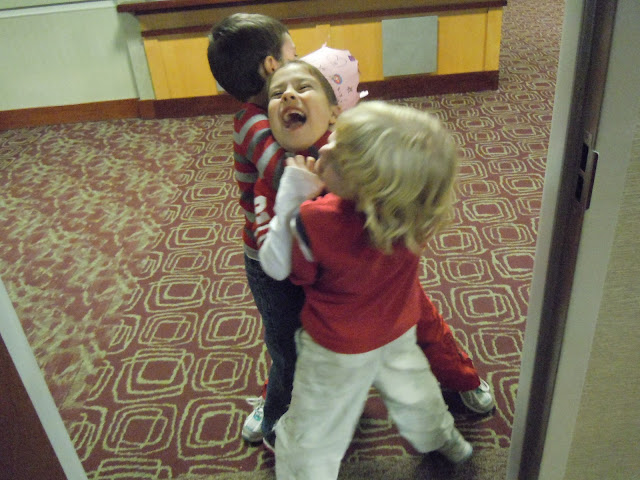 this is anth's greeting to Ziya as he walked in the door. 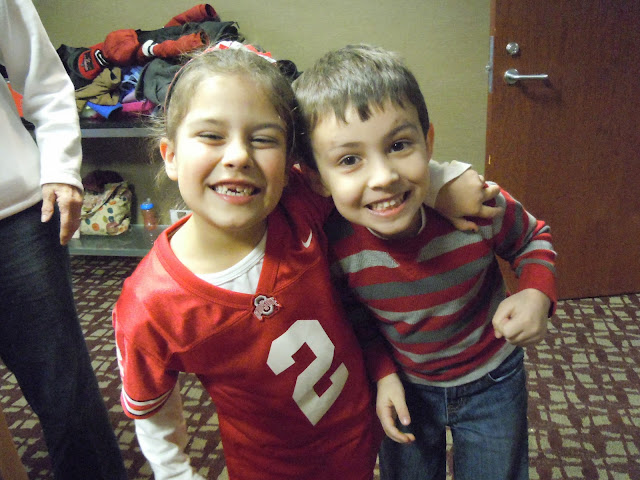 this is pure preciousness.
(in case you couldn't tell on your own.)
now, Ziya has a little sister who is a year older than ben...Myka.
Myka and Ben were in the same classroom last year until she graduated to pre-school this year.
benny is particularly fond of this little lady.
she's a peanut with curly blonde hair and gorgeous blue eyes.
ben could have cared less about the party and the 43 other people there.
he was going to spend time with Myka.
i think this video and the following two photos demonstrate ben's level of excitement in general to spend time with Myka...
(i love their reactions in the last few seconds. best part. besides ben's obvious future career in dance.)
now the photos...
(thanks to ziya and myka's mom & dad for sharing some of their pics as well!) 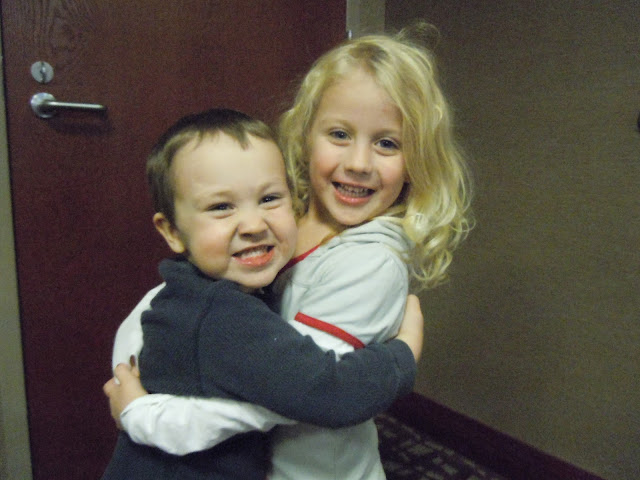 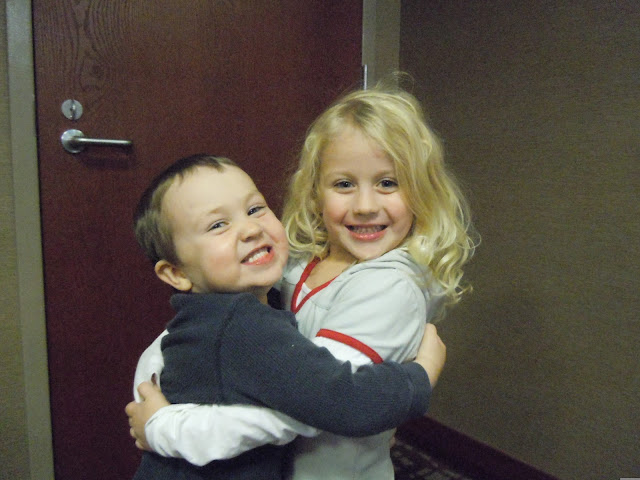 look at that grin.
(mental note: these two need a chaperone.)
Ziya and Myka have apparently been asking their parents if they can have a play date with my boys.
their dad finds this concerning.
i find it hilarious.
mostly because i'm pretty sure benny and myka have already had their first date.
case in point....
check out the story of their evening...through pictures... 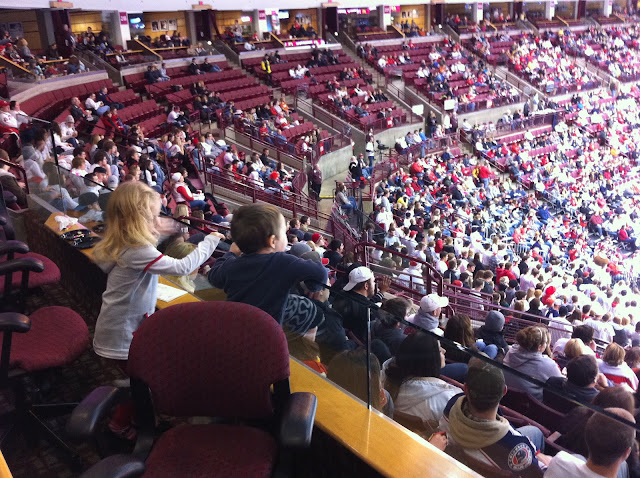 like many first dates, it started out with the usual distance and distractions... 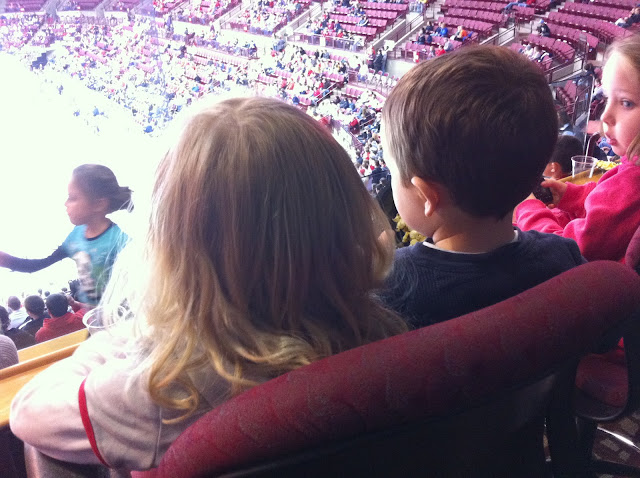 and then they settled in a bit.
(more preciousness.) 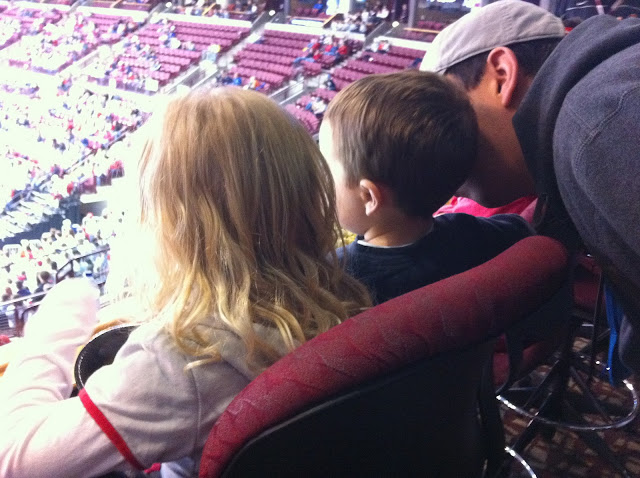 and then dad totally crashed the party.
not cool, dad. 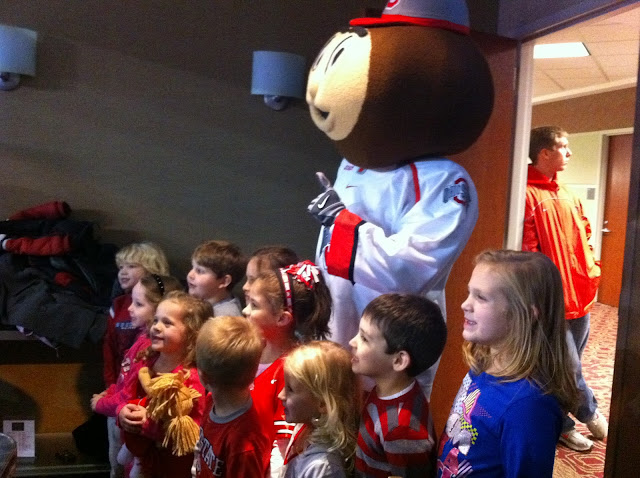 later, Brutus Buckeye showed up to visit the kids.
this was completely cool...in theory.
but when you're two, an average sized adult person with an epically disporportionate nut for a head can be disconcerting.
ben wanted nothing to do with Brutus.

...and this gave anth his opportunity. 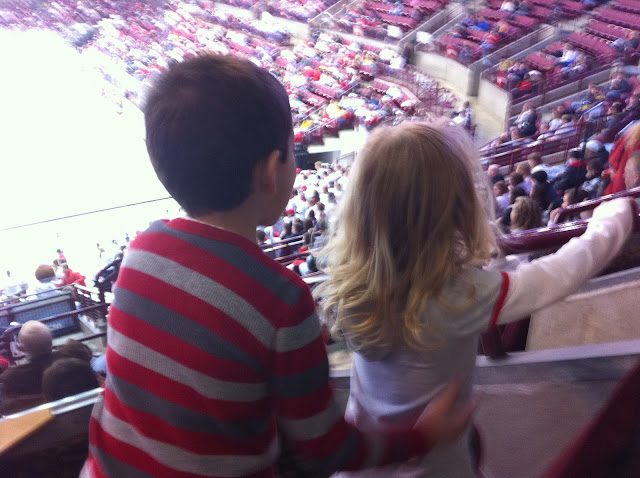 to totally sneak in on ben's date.
not cool, anth. 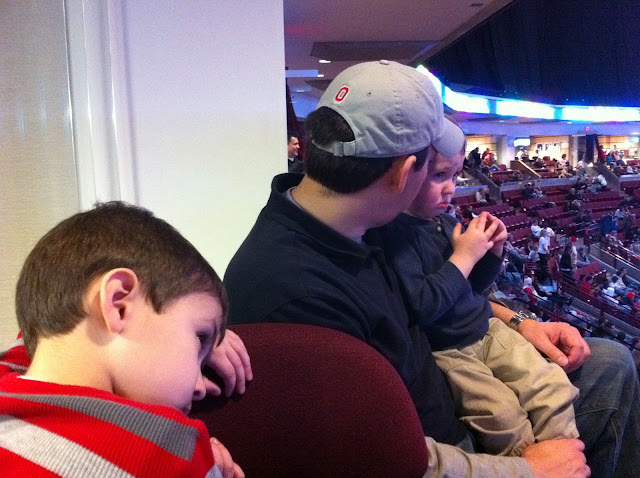 this lead to some drama for all involved.
(mom was helpful, and opted to preserve the memory.) 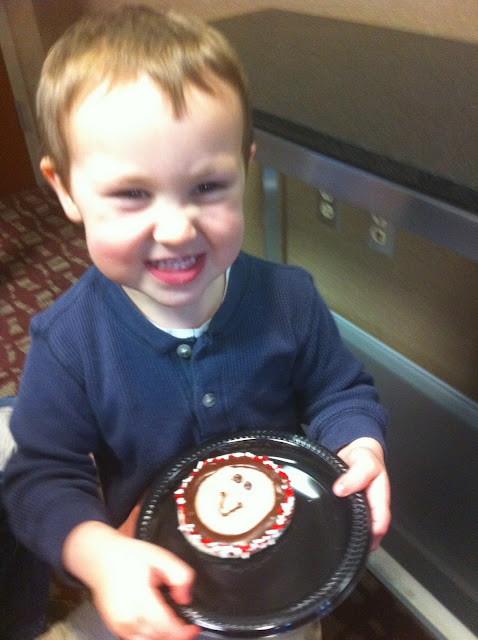 fortunately, when you're two, most problems can be solved with a cookie.
benny finds brutus to be a much better snack than he is a companion. 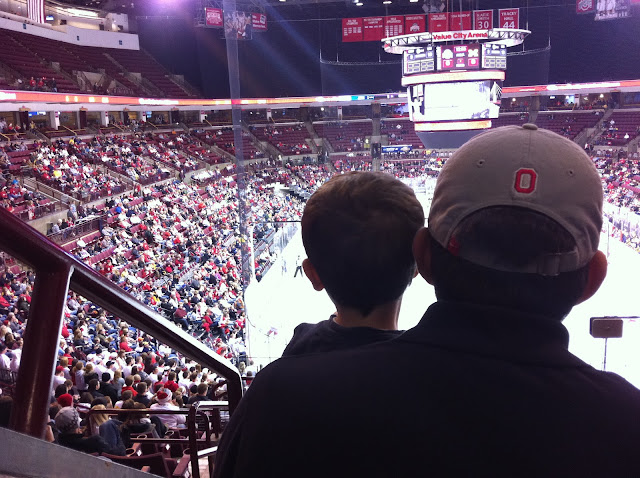 ﻿
in the end, it seemed that a date with daddy was really the best option.
(insert a small sigh of relief for the girls' daddy.)
♥ posted by momma savvy at 10:04 PM