since mid-april, i have become keenly aware of what the weather is going to be each day.
it's really quite simple.
you see, if anth has a baseball practice, or game, scheduled...it shall be rainy.
and rainy might be an understatement.
if anth has a game scheduled, Mother Nature consistently decides to wail down on us.
and throw big old blops of rain.
sometimes hail.
and lots of ominous clouds.
when she's feeling rather feisty, she mixes in some rather flashy lightning.
over 60% of anth's games/practices have been cancelled this season.
including tonight's game.
tonight is what really helped me confirm this theory.
anth's game was at 6:30.
bern was picking him up around 5:00 to get some dinner in him before the game.
and, seeing bern in line to pick up anth from his summer sports camp, she freaked out.
"she" being Mother Nature, of course.
just the mere thought of a baseball game made her moody.
all black clouds and thunder and sheets of rain.
this lasted until anth's youth league website declared the game was cancelled.
when i picked up benny at 5:30, the skies were clear and sunny.
now, i admit it.
baseball is not my favorite sport.
i prefer faster paced games.
football.
basketball.
(well, if i'm really being honest, i prefer women's gymnastics and So You Think You Can Dance.)
all of this is just to say that we have a disappointed batter on our hands.
anth likes to bat.
he's good at it.
he can hit off the pitch.
but he's not getting to do it as much as he would like.
here are some pictures from two weekends ago when he did get in a good game... 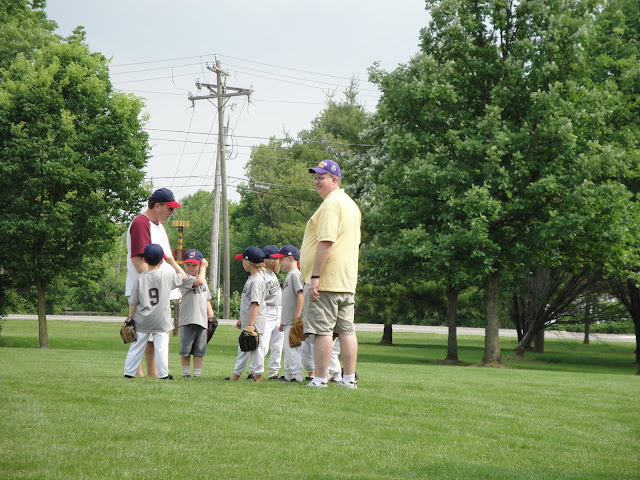 little man is just to the right of Coach Mike.
he is always at Coach Mike's side.
to the point that they have started to call him Little Coach. 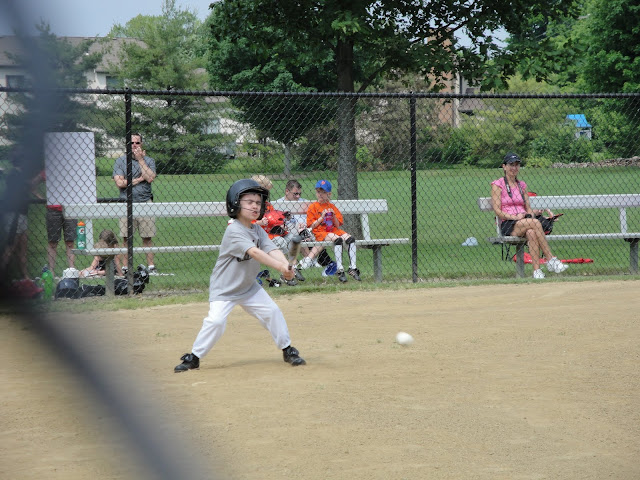 this is what effort looks like in action.
seriously.
check out that face.
(this is also what a small section of the fence looks like. in case you were wondering.) 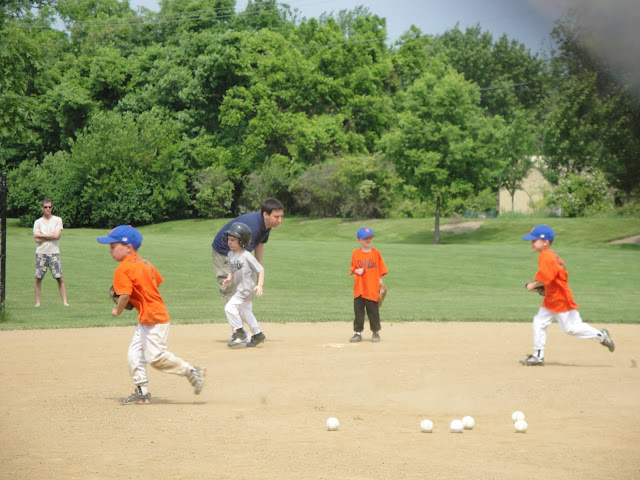 here's anth running by daddy while he's coaching 3rd base. 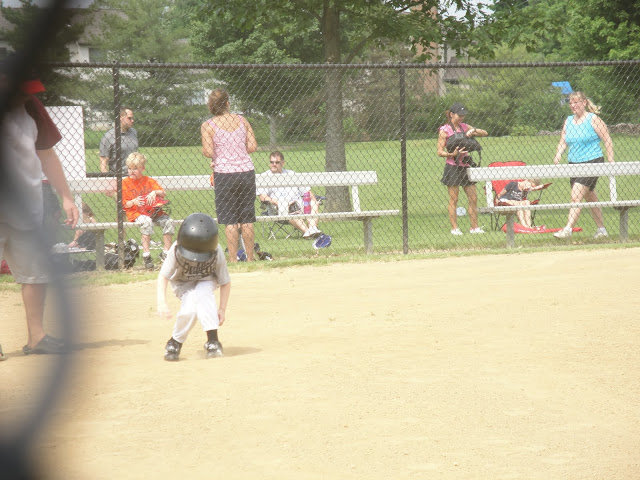 and this is my sweet boy coming into home.
he likes to run up to home base, stop, and jump on it with both feet. 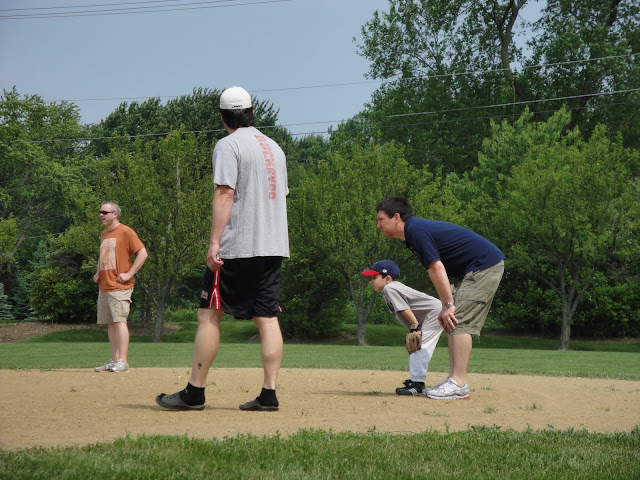 and this?
this is just precious. 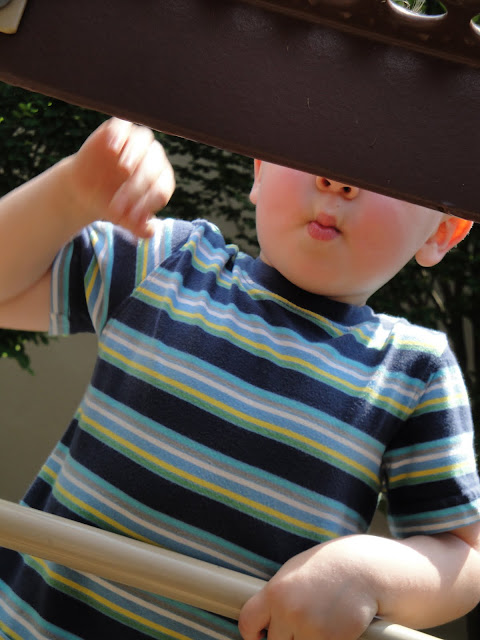 ben loves coming to anthony's games.
i am not so certain that he is aware of the fact that anth is actually playing a game.
he is, however, very aware of the fact that there are snacks.
and that he usually gets one.
he is even more aware that games are played at schools and parks.
and that schools and parks have playgrounds.
and that you can climb even higher/faster when making fishy faces.
(he picked this one up quickly. it took me forever to figure that one out.) 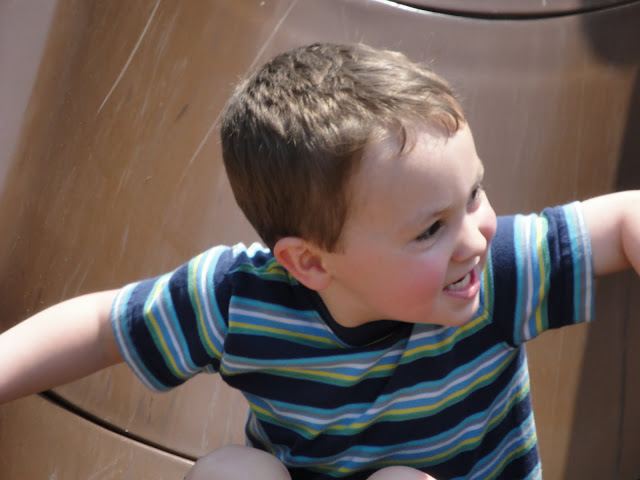 but the best part of parks are always the slides.
they can't building them high enough, or twisty enough, for this one.


so.
if anyone has an in with Mother Nature...
could you drop her a line?