bern and i agree that it is important to expose the boys to a variety of extracurricular options.
that the boys should have some say in what they get to do in life.
recently, anth decided he wanted to try out basketball, so that is what he is now signed up to play for his winter league.
sounds great.
we also hope that our children will find successful careers in areas that make them happy.
so, why not expose them to new skill sets?
let them take a stab a new ideas outside of mom and dad's work on college campuses.
bern and i decided that the best place to start would be firefighting.
though this post might make it look like we were going more for arson.
(truthfully, we were going for neither.) 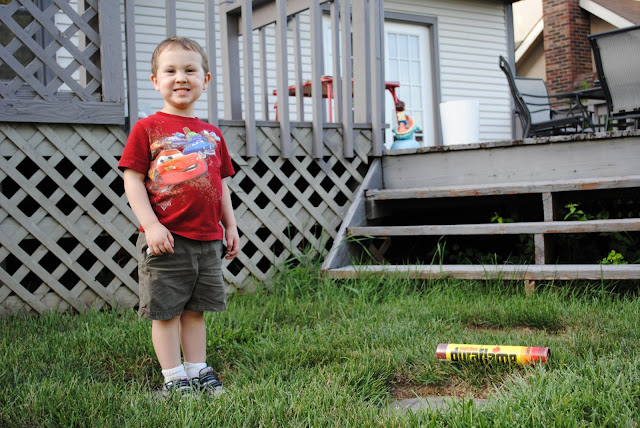 if you really think arson was a goal, than i really need to work on my reputation.
but, i did realize, in loading the photos for this post, that this does kind of look like a tutuorial in playing with fire.
sometimes i try to look at pictures in isolation.
how they may come across on the internet.
and benny sweetly smiling next to his Duraflames just paints an interesting picture. 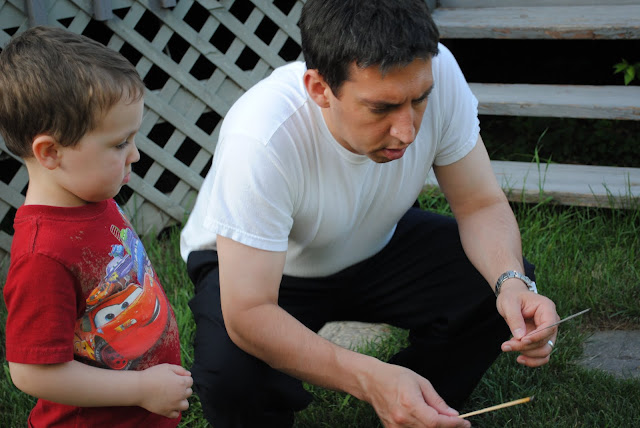 as does this shot of my sweet husband, seemingly teaching benny the art of playing with matches.
really big matches. 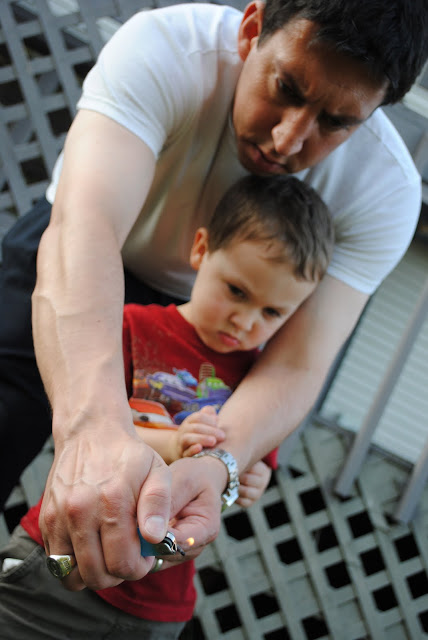 and this one, where we move on to the art of using a lighter.

but, so that Social Services doesn't come a'knocking, allow me to fill in the picture a bit.
kelly came into town to visit for her birthday.
which is July 3rd.
so we bought sparklers.
and then her visit turned into a whirlwind and the sparklers were neglected.
but the boys have been eyeing them for weeks.
and, without fail, anth has been asking if we can light them each night, just as we are tucking him into bed.
bern and i finally remembered to get them out a bit earlier in the evening routine and show the boys what they do.
it was windy, so the really big matches didn't work out so well.
and we resorted to the lighter we use for birthday candles. 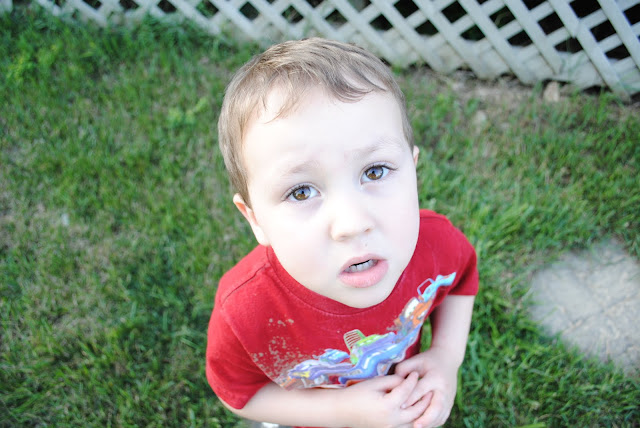 this is benny, begging to hold his own sparkler. 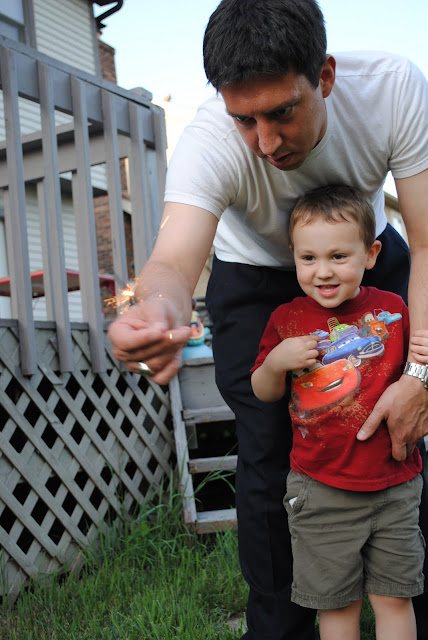 which he did not get to do.
but he still seems pretty pleased with the whole affair. 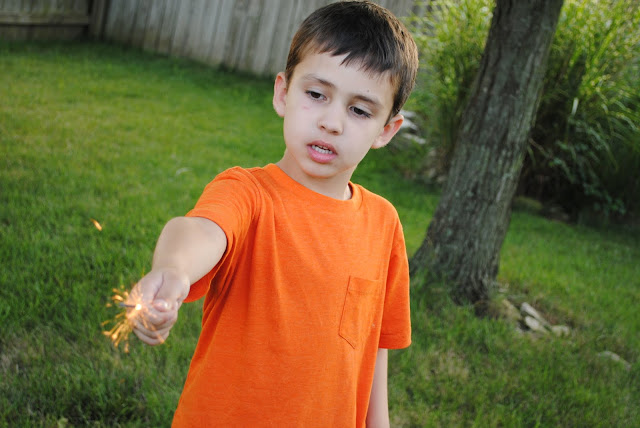 ﻿anth, ever cautious, was allowed to try it out.
i'm pretty sure his arm grew an inch in the process.
and that, my friends, is today's lesson in fire safety for tots.
♥ posted by momma savvy at 8:25 PM

Email ThisBlogThis!Share to TwitterShare to FacebookShare to Pinterest
Labels: anth and benny, photos