today, my colleagues had the opportunity to get into the Ohio Stadium and take pictures as a department.
i also had this opportunity.
until ben proclaimed himself Captain Vomit in the early hours of the morning.


he and i were both excited about the photo shoot.
"The Shoe" is a beloved spot on campus, and it is rare to get a chance to do this.
because of this, a few of my colleagues and i were going to bring our kids along to get photos of them as well.
clearly, anth had to go to school, but ben was excited to "be like the buckeyes."
bern was heading out of town for work, so i ended up staying home with ben.
much to his, and my, dismay.
he went so far as to "promise not to make more frow-up."
while i appreciated his sincerity, i chose not to throw him in the car and hope he could keep his word.
this is why my colleagues ended up with this picture of their little cuties executing the classic O-H-I-O: 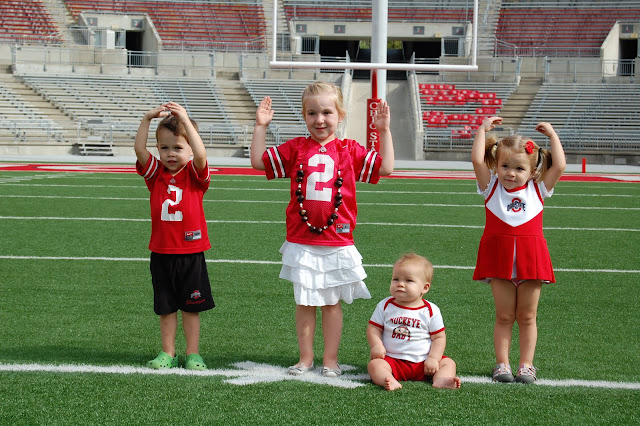 and i ended up with this one: 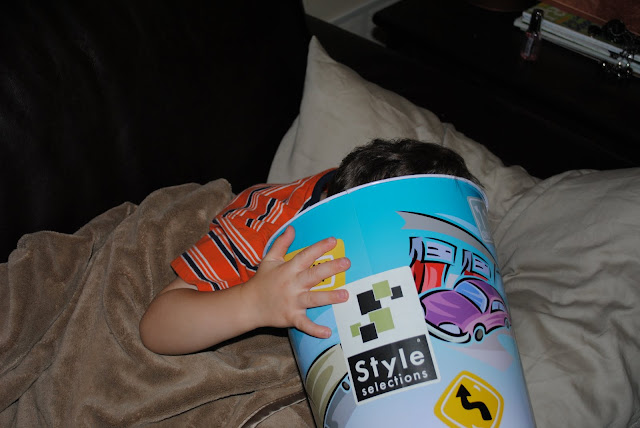 note: for the weak of stomach, this is not an action shot.
this is ben discovering that the empty trash can i gave him makes for a lovely echo chamber.
♥ posted by momma savvy at 9:08 PM