love-love (i know nothing about tennis)

yesterday, we finished moving this year's slew of Ohio State University students into the residence halls.
it was an exciting, and full, day.
as such, my brain feels kind of squishy and useless today.
thankfully, i loaded this last set of pictures from california over a month ago, so i have an easy post waiting to be used.
this is a good thing as coherent would not be a good way to describe me today.
hopefully, i will also make my mom happy, as she has been waiting a long time to see all of these pictures.
on our last full day in San Clemente, we decided to do something other than go to the beach.
largely because anth was pretty much over it.
and he was developing carpel tunnel syndrome from playing paddle ball.
so we decided to do something much better for his poor little wrist.
we thought we would give him an adult sized tennis racket and see how that worked out for him.
﻿﻿﻿ 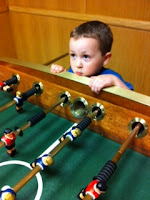 ﻿﻿﻿(actually, first we went to play a little bit of air hockey and the game with the little people on sticks who are playing faux football. or soccer. you know? the one i am too tired to remember the name of and too lazy right now to google so i don't sound like a moron? that one.)

ben was dead set on playing this game.
as you can probably deduce from looking at the picture, he is not the best height for this game.
this resulted in lots of frustration and a stick or two to the eye.
that was when we decided on tennis. 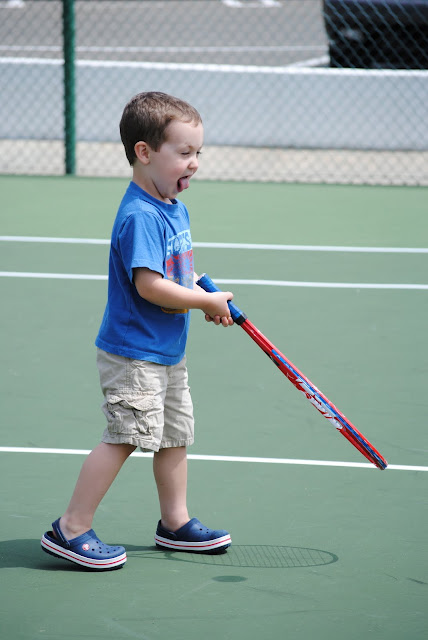 ben was much happier with this choice.
there was room to roam and, seemingly, no height requirements. 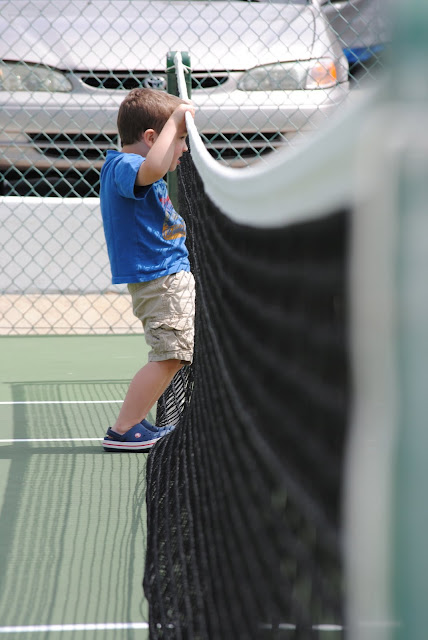 give or take the whole the-net-is-as-big-as-i-am factor. 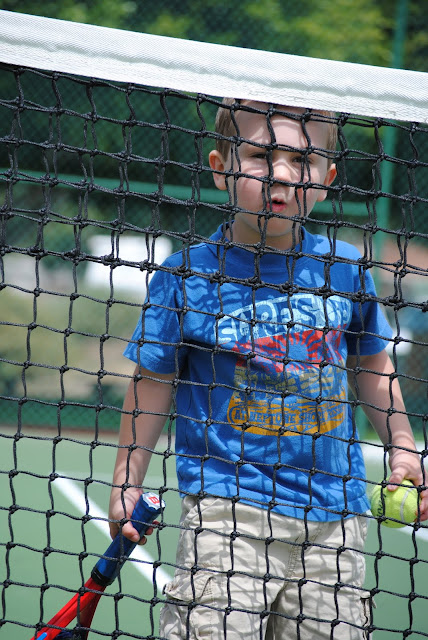 he didn't let this get him down. 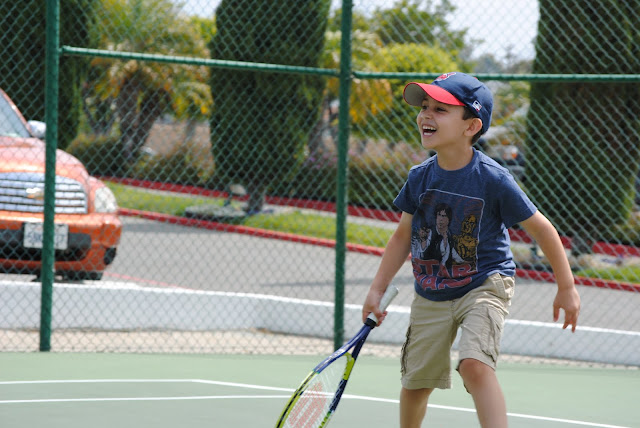 anth actually got to play tennis for a week at his summer sports camp back home, so he was excited to try out his new skills with Aunt Katie and Jeff. 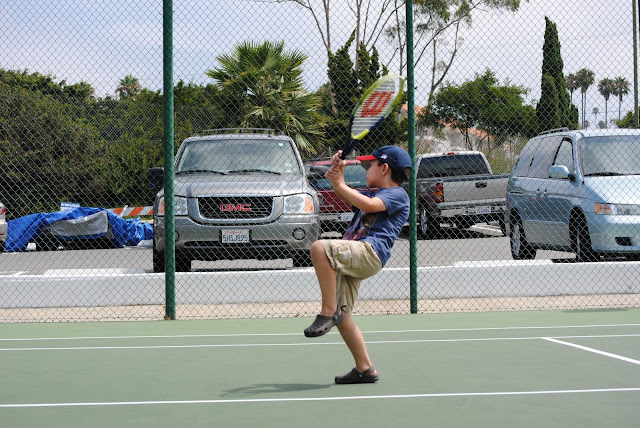 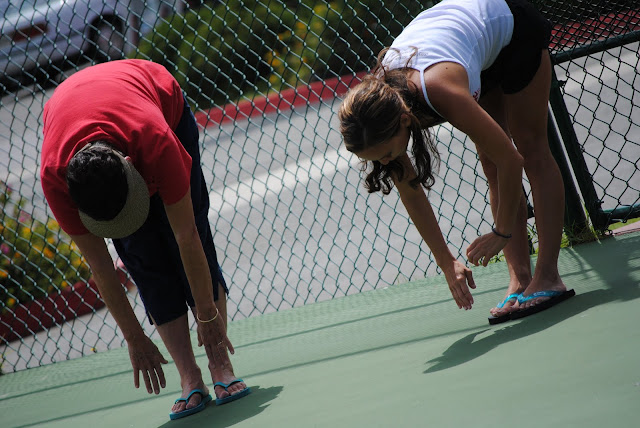 aunt katie was excited to show my mom how to do . . . this.
currently, katie is enjoying Bikram yoga.
this basically involves doing yoga in a room that is heated to approximately 105 degrees.
she tried to convince me to give it a try.
i tried to remind her that, though we have not lived together for 16 years, i am still krystyne.
an inherent function of being krystyne involves avoiding hot places and sweat.
especially hot places where i will need to exert myself. 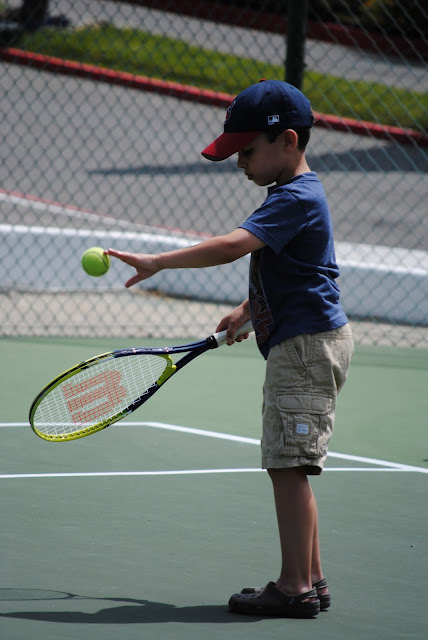 amidst the yoga lessons and ben running around playing a version of tennis that exists only in his mind, anth remained focused. 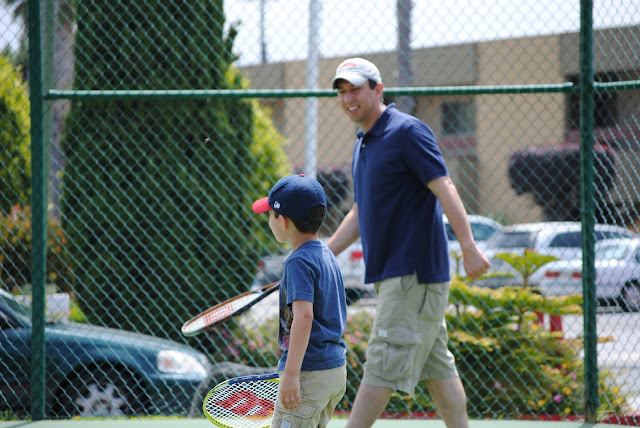 dad and anth played against katie and jeff, and later katie and my dad.
the whole thing was pretty cute. 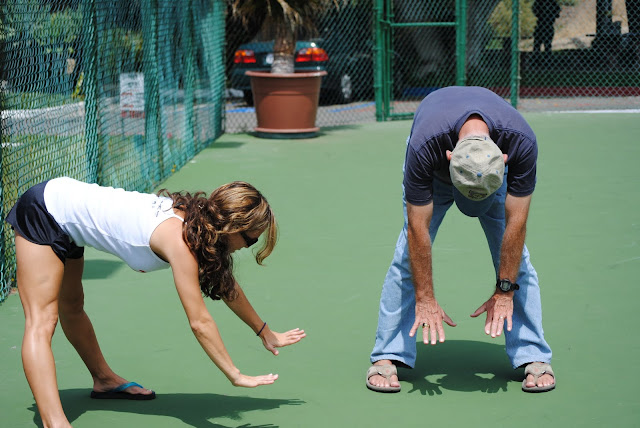 later, katie got my dad to give it a whirl. 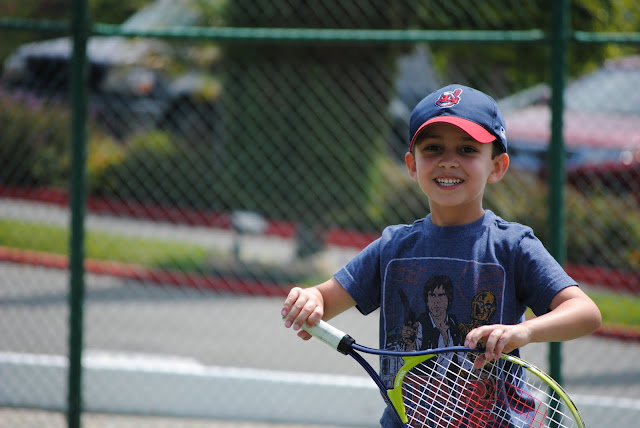 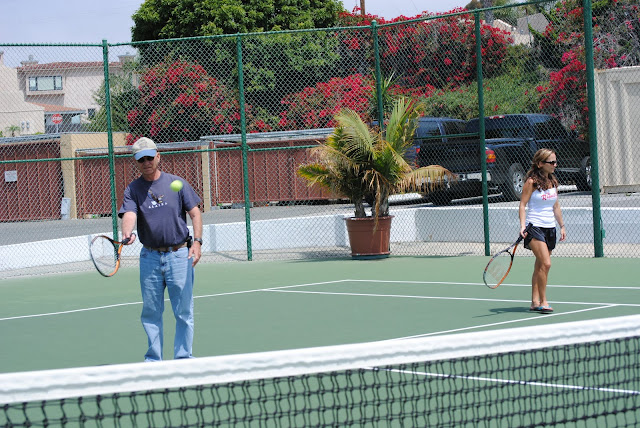 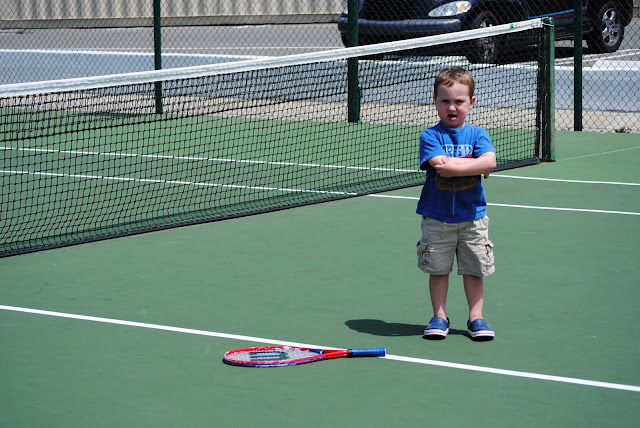 at some point, something happened.
and ben reacted.
i no longer remember what that something was.
but that is usually how the story goes with my littlest man, so i feel pretty confident about this account. 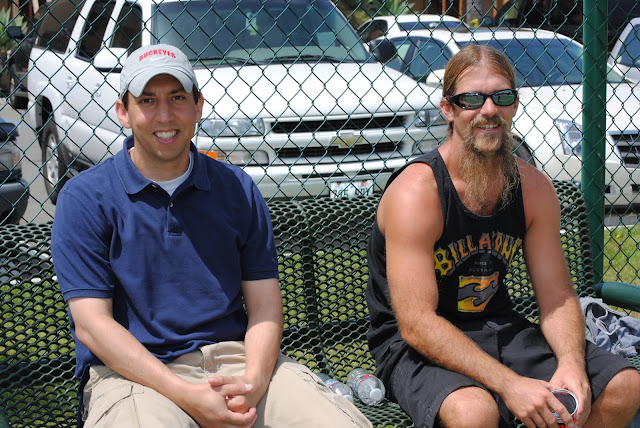 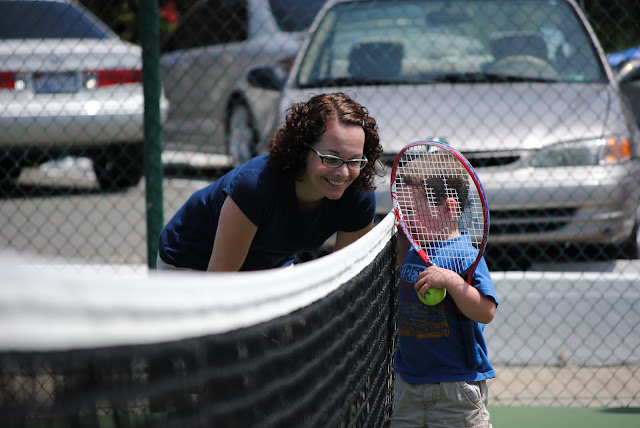 i made the mistake of putting the camera down and bernie grabbed it.
so, here is one shot to prove i was actually there that day.
you can't see it, but ben is still crying here.
note the look of parental concern on my face. 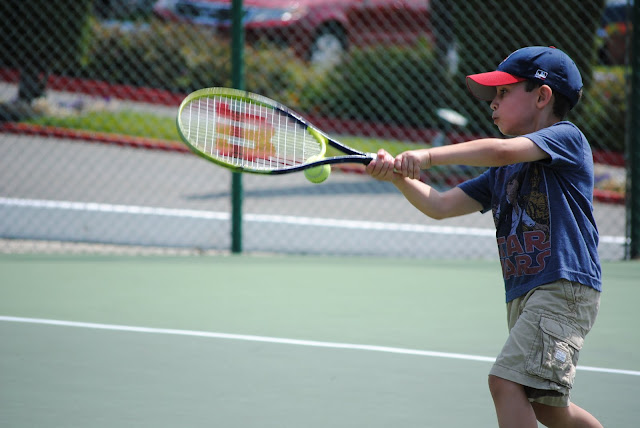