today is my sweet husband's birthday.
yay!
at lunch today, ben declared, "mommy! it's daddy's birthday!"
i looked over at him.
"really? should we do something for him?"
it didn't take ben long to respond.
"yes! eat his cake!"


benny might be slightly less altruistic than his big brother, anth.
anth worked hard on his dad's birthday gift while bern was at the Ohio State v Michigan State game with my dad.
(the boys are also giving their dad a rather large box of kettle corn.)
you should see anth's face.
he is beaming with pride.
because he is giving his dad an iPod for his birthday: 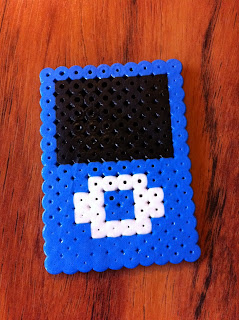 it's not exactly a functioning iPod.
this is because it is made out of Perler Beads.
but i think it's a pretty sweet sentiment.
and bern already has one so i think we're fine.
(though anth thought his dad should have one in his favorite color.)
either way, Happy Birthday Bernie!!!!


now, there is also other big fun things happening out there in the world today .
specifically, a wedding in the Detroit area.
i debated splitting these posts to get more mileage out of them.
but that just seemed shoddy, so here we go.


Mary Anne is one of the staff members that i have the pleasure of working with at Ohio State.
i also had the chance to work with her fiancee, Jake, while he was in grad school here.
mary anne has followed My Savvy Boys from the start.
i am guessing that, indirectly, jake probably has, too.
and, today, they got hitched.
yay!!!
allow me to demonstrate, via pictures of anth from Christmas 2006, the cycle of the wedding day as i recall it. 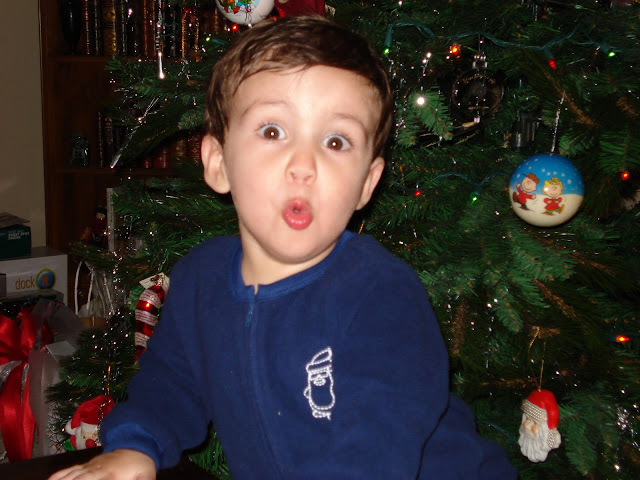 overall, the whole day was very exciting.
lots of oooh's and aaaah's.
(not, however, as cozy as being in footie pajamas.) 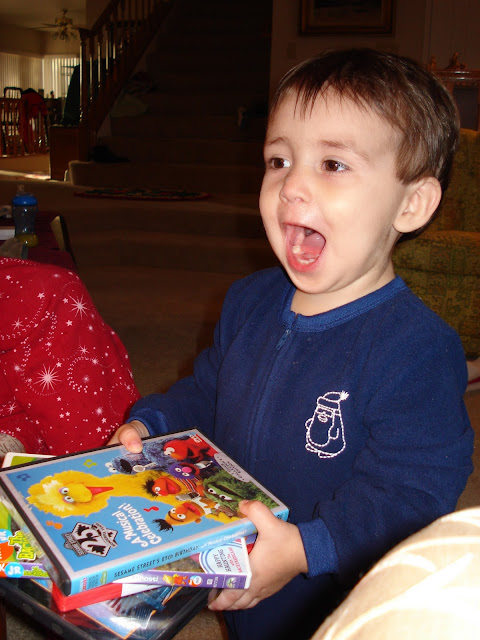 there were also lots of presents involved.
(and, thankfully, a full set of teeth.) 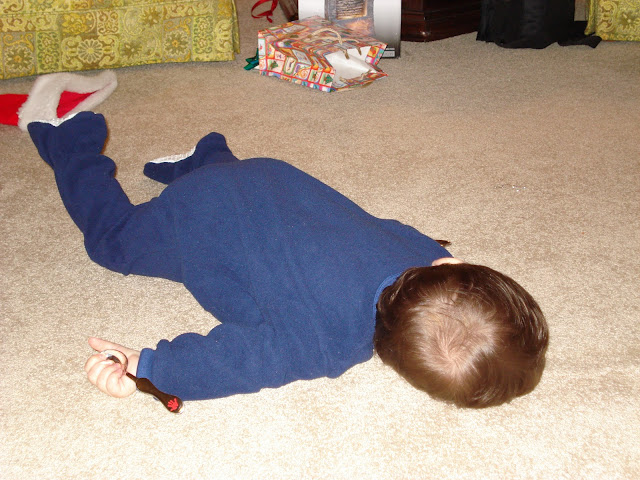 but, that level of excitement is hard to maintain.
here is to a lovely day to celebrate Jake & Mary Anne!
congrats!
may you not be found napping on the floor clutching your cutlery (or, more likely for Mary Anne, a charger of the plate variety) at the end of the evening.
♥ posted by momma savvy at 9:42 PM