remember yesterday?
(when all your troubles seems so far away...? how you need a place to hide way....)
anyway.
yesterday.
i shared the tale of benny's "careers" classroom rubric last month.
and walking in to find a lovely little statement about how he wants to be a doctor.
(which makes me wonder if he overheard a Med Center kiddo talking first, as he has NEVER mentioned the medical field before.)
he usually aspires to be things like iron man.
anyway, here is the "career aspiration" that was not posted on the wall.
this was in his mailbox: 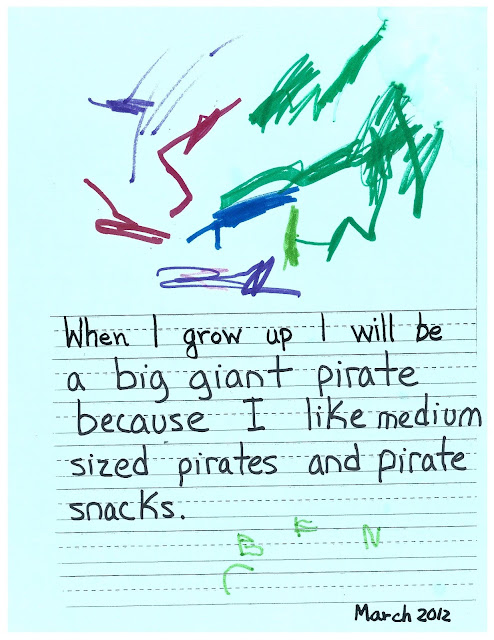 this sounded a WHOLE lot more like the benjamin i know.
though i was slightly confused by what exactly "pirate snacks" were.
and why they were good enough to drive his career choice.

until.
we.
went.
to.
target.
the very same day.
and we got near the snack aisle.
and my sweet 4-year-old belted out, "Mommy! let's get some booty! i want booty!!!!"

he was pointing to these: 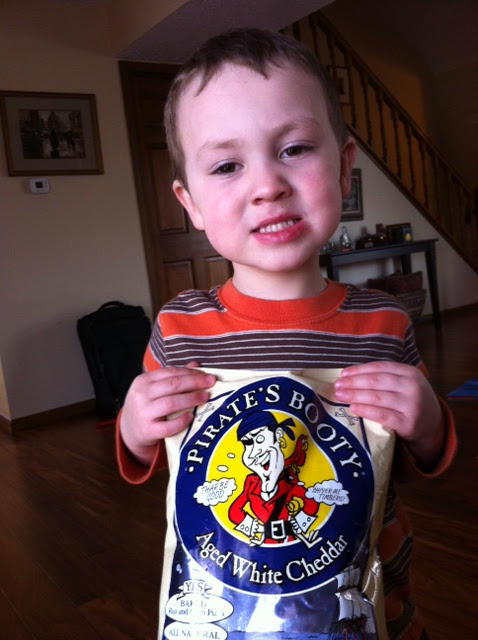 Pirate's Booty truly is a tasty snack.
yum.
however, i am now convinced that there is some sarcastic person on staff there, giggling at the public mortification they are causing parents-in-the-snack-aisle everywhere.
(perhaps this is the same individual who named the Toy Story character "Woody.")
now i'm bummed that my field doesn't come with a designated snack.
(though some would argue it might be pizza based on the volumes served in the residence halls.)
however, bern and i will now work to get ben involved in the proper activities to support his life goal of becoming a Pirate Doctor.
♥ posted by momma savvy at 8:39 PM