sometime last week, i was running behind during the early-morning get-out-the-door dash.

when this happens, i occasionally ask anth to pitch in and help benny pick up the pace.
this time, i asked anth if he could help me by putting on ben's shoes.

he agreed, and they plodded off to make this happen.
a few minutes later, i darted through the kitchen, and saw something that made me stop.
instead of just shoving ben's shoes on and tying them, anth was taking the time to actually try to teach benny how to tie his shoes.
(he has had velcro until just recently. oops.)

i caught this moment just in time to snap this shot: 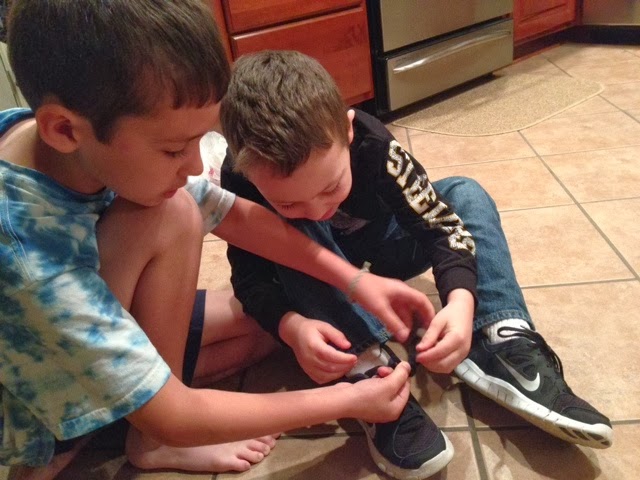 i could just put up a sweet little post and leave it at that.
but then this wouldn't be the blog that it is. . .

moments later, as i was just about to get a different angle, i was also there to catch the following shot.
this would be, apparently, the exact moment at which the lesson deteriorated: 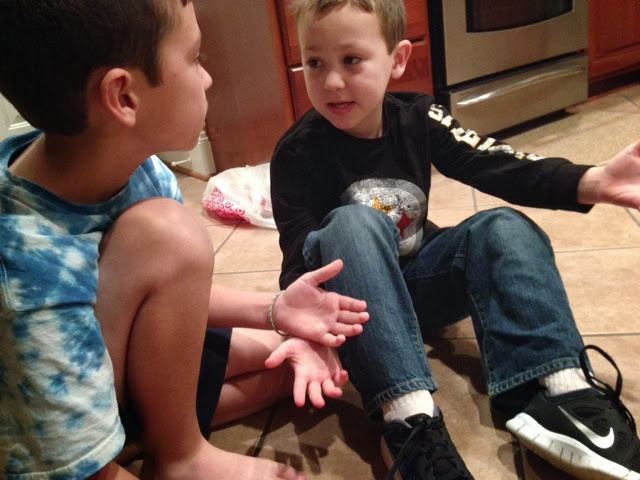 i am choosing to take this as (not-so-) scientific evidence that they are usually engaged in wholesome moments while i am out of the room.
i just must happen to walk in right after the wholesome part on most days. . .