our house is 75 percent Buckeye

so, as it turns out, ben graduated from kindergarten.
in may.
there was a ceremony.
i took photos.
then, per usual, kept them all to myself.
seeing as ben is actually quite excellent at sharing, i thought i would try that out as well. 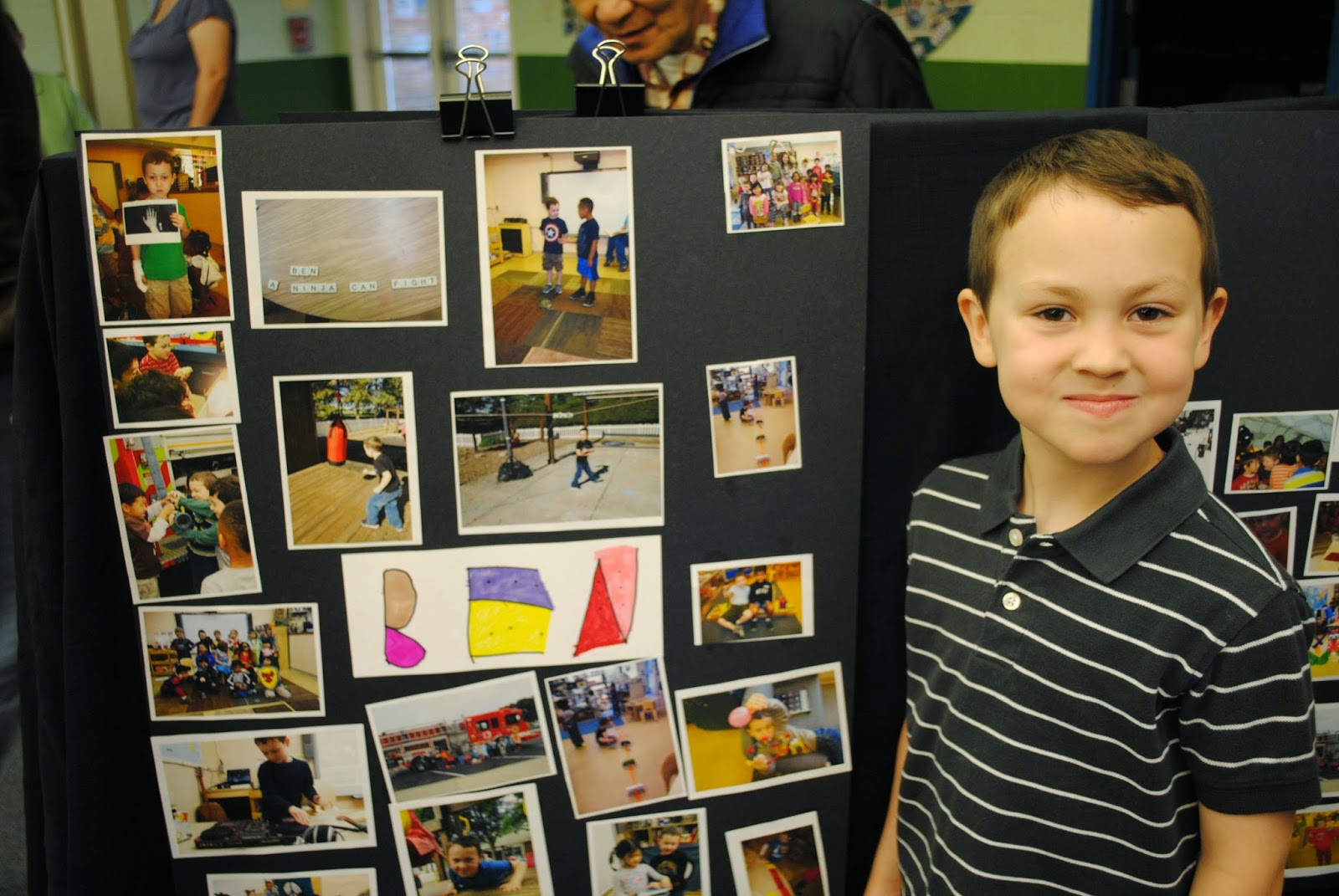 each of the kiddos had a photo board sharing bits of their year. 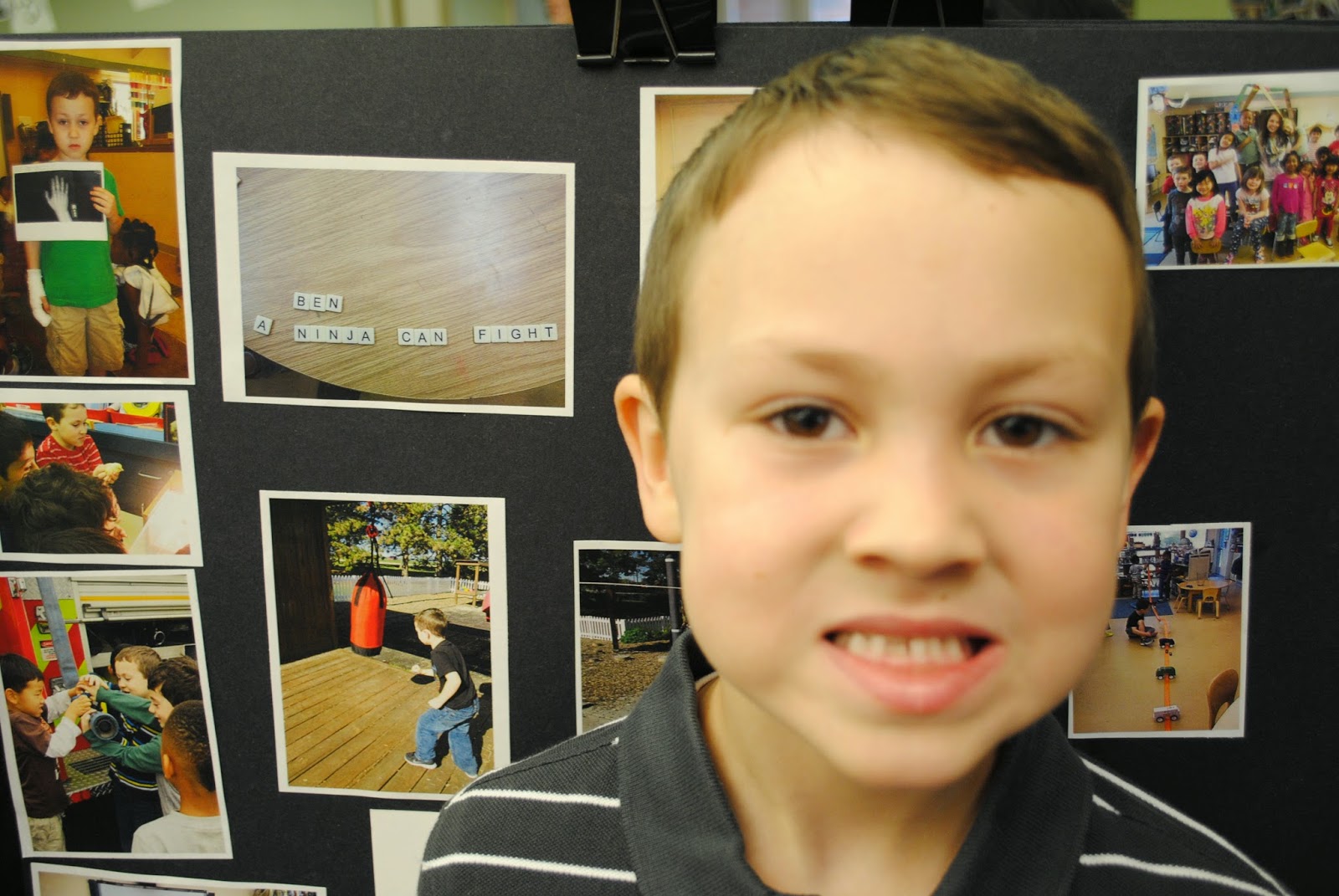 here is a particularly bad photo of ben in front of said board.
with my two favorite photos behind him. 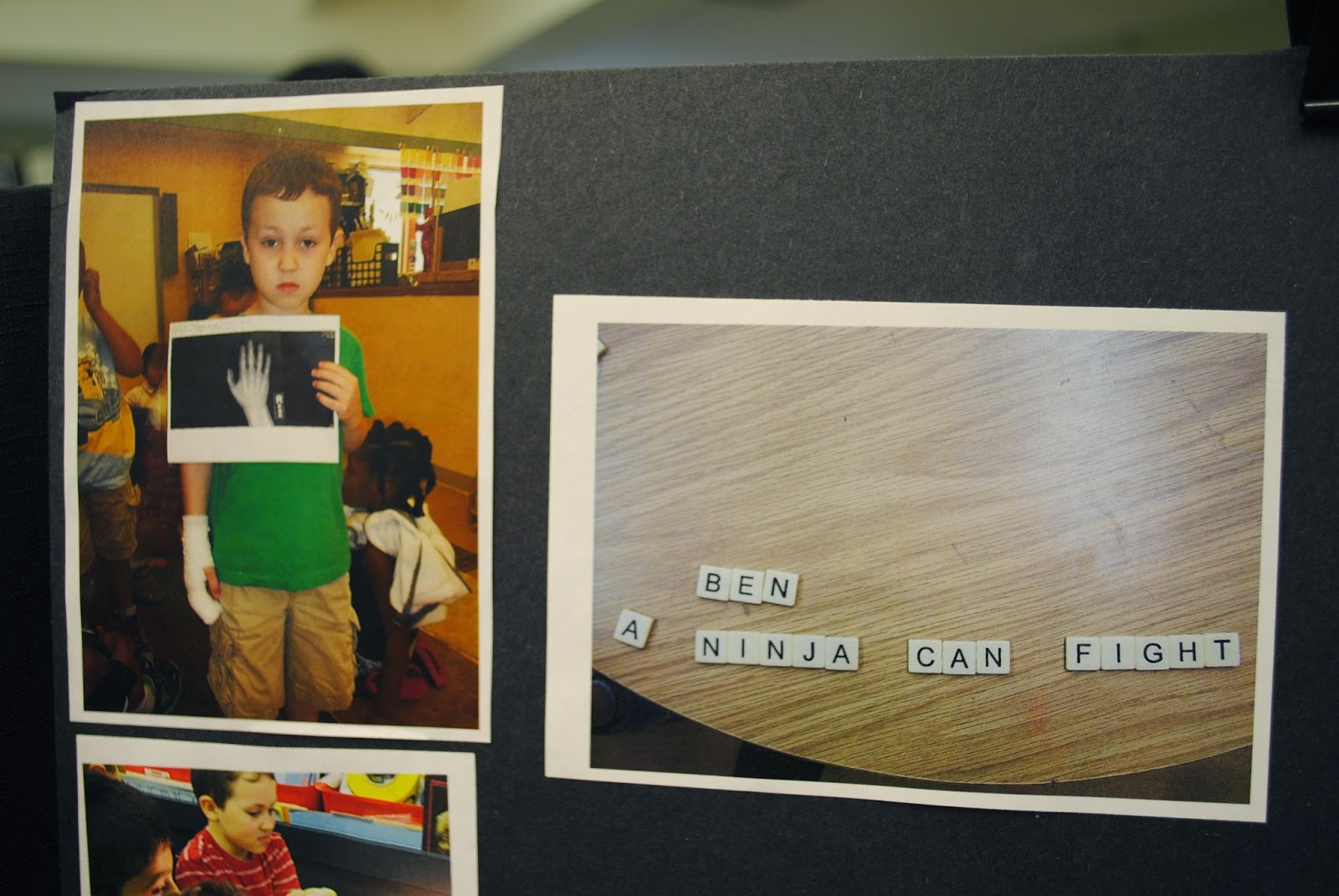 allow me to zoom in.
those are Scrabble tiles spelling out "Ben: A Ninja Can Fight."
(i added the semicolon for flair.)
to the left is a picture of ben and an x-ray of his hand.
the hand was not injured in a ninja fight, so much as a battle with the school's bathroom door.
ben does not look particularly pleased about Show And Tell that day. 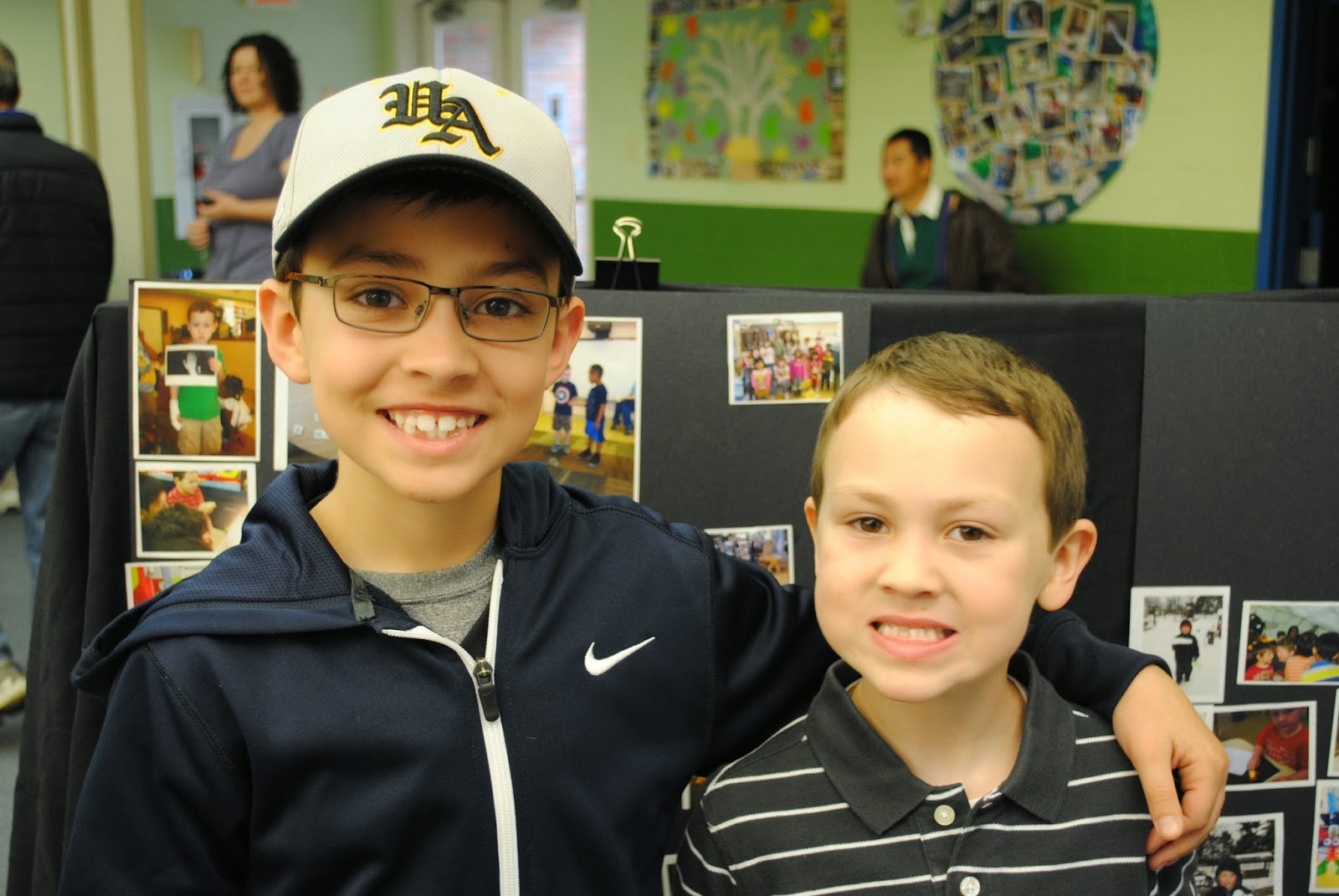 also.
anth.
big brother was there to show is support. 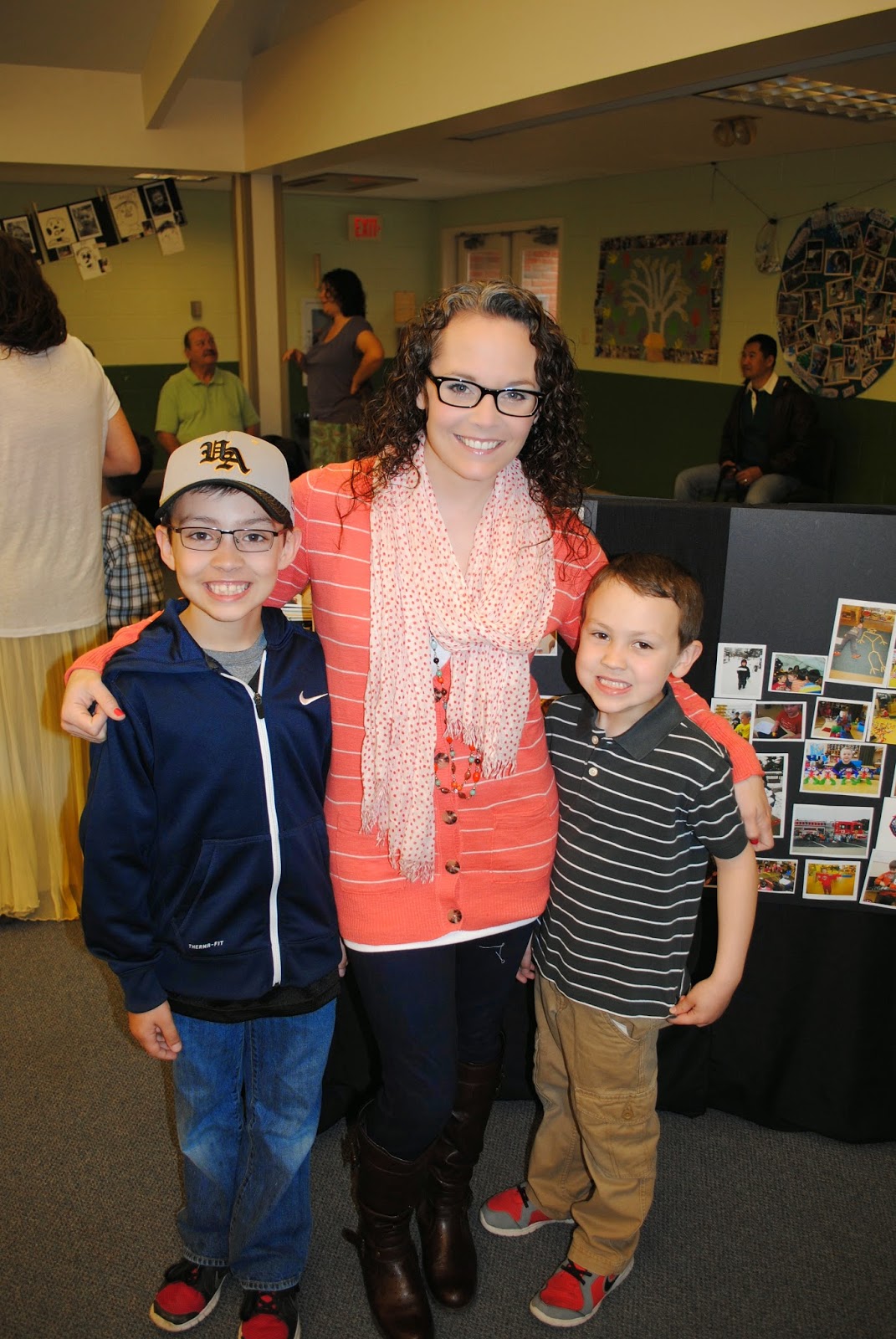 anth will be taller than me in approximately 3 hours. 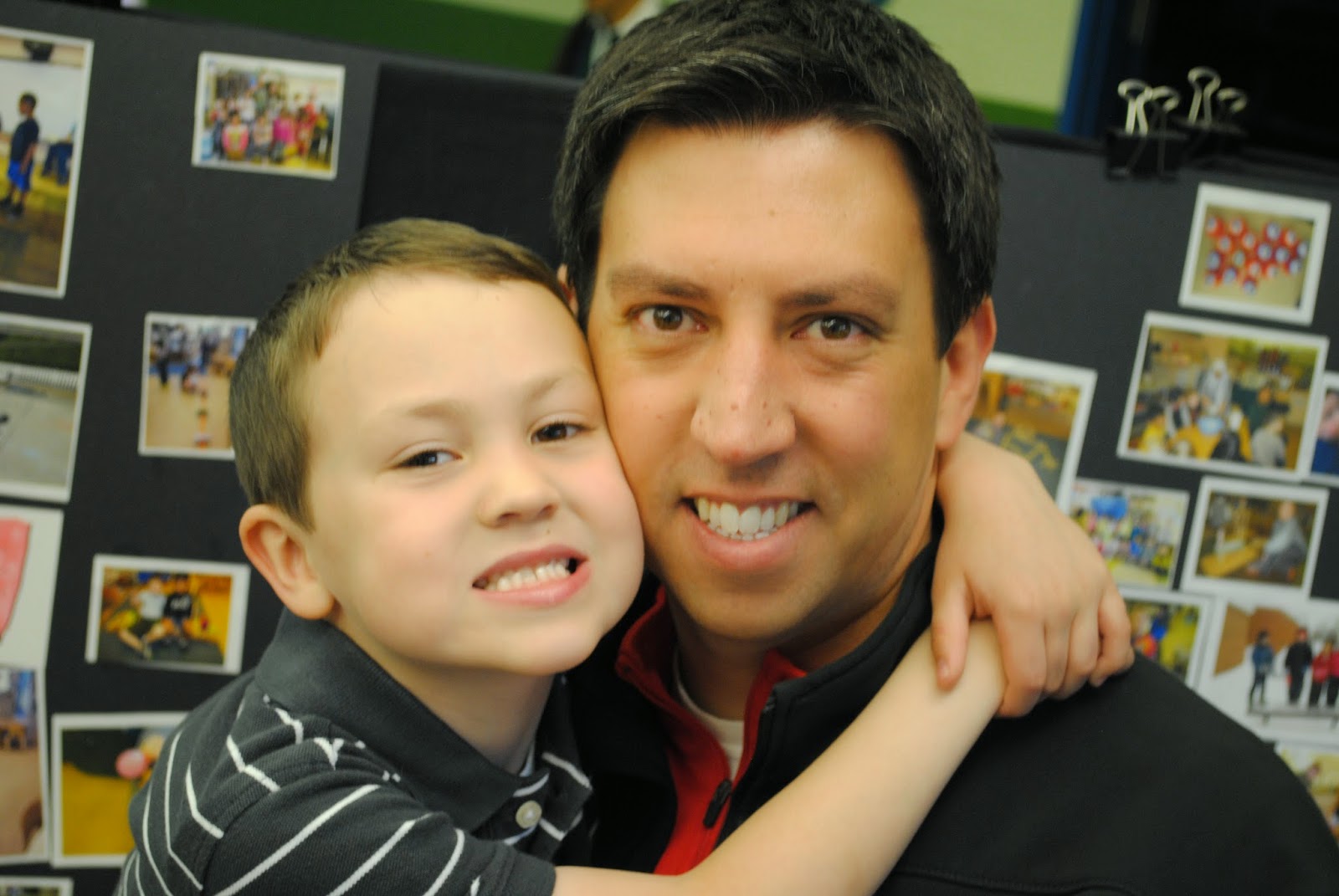 these are "all of the boys that begin with 'B'."
this is an important distinction in our house.
mainly for ben. 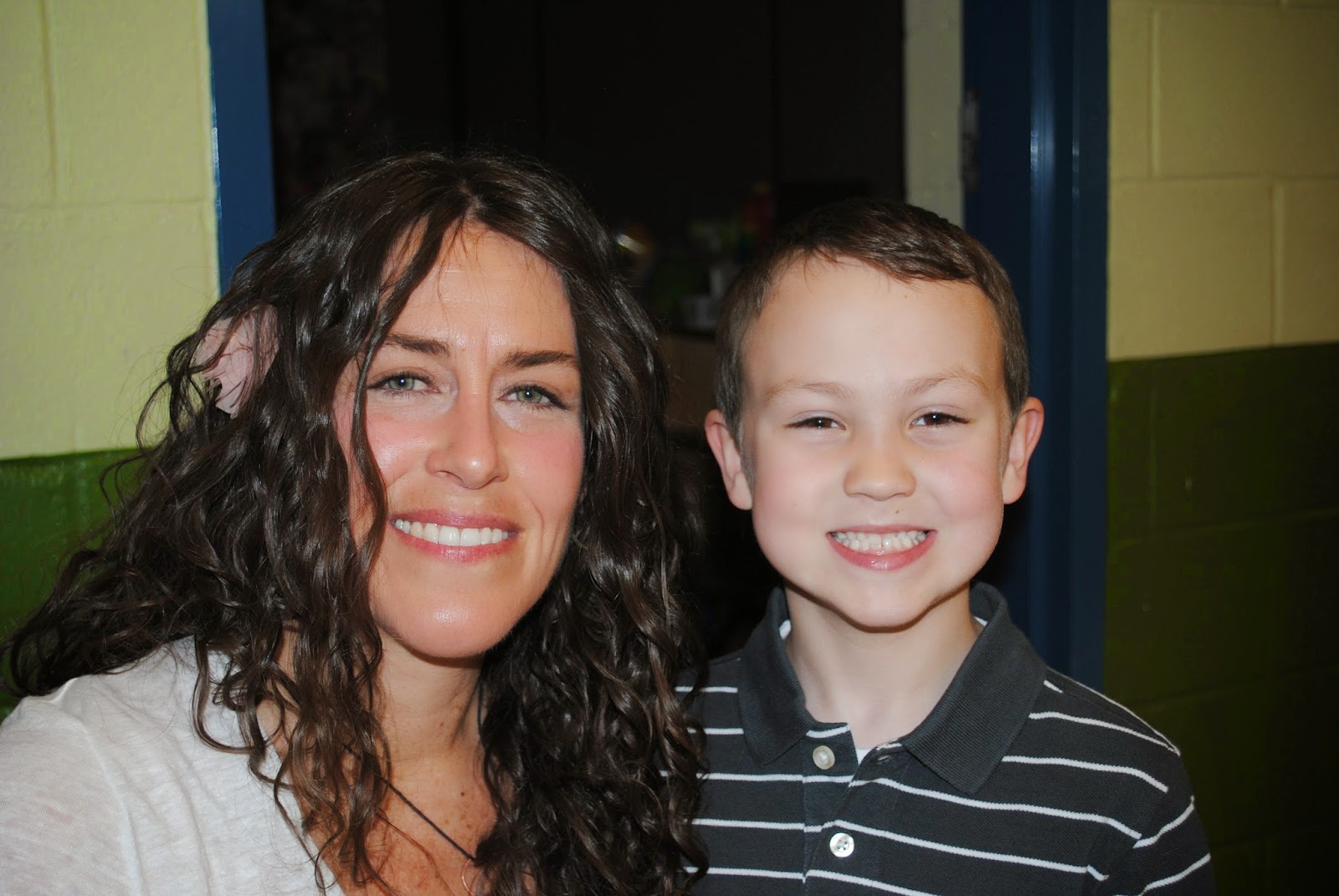 ben and his teacher, Leann. 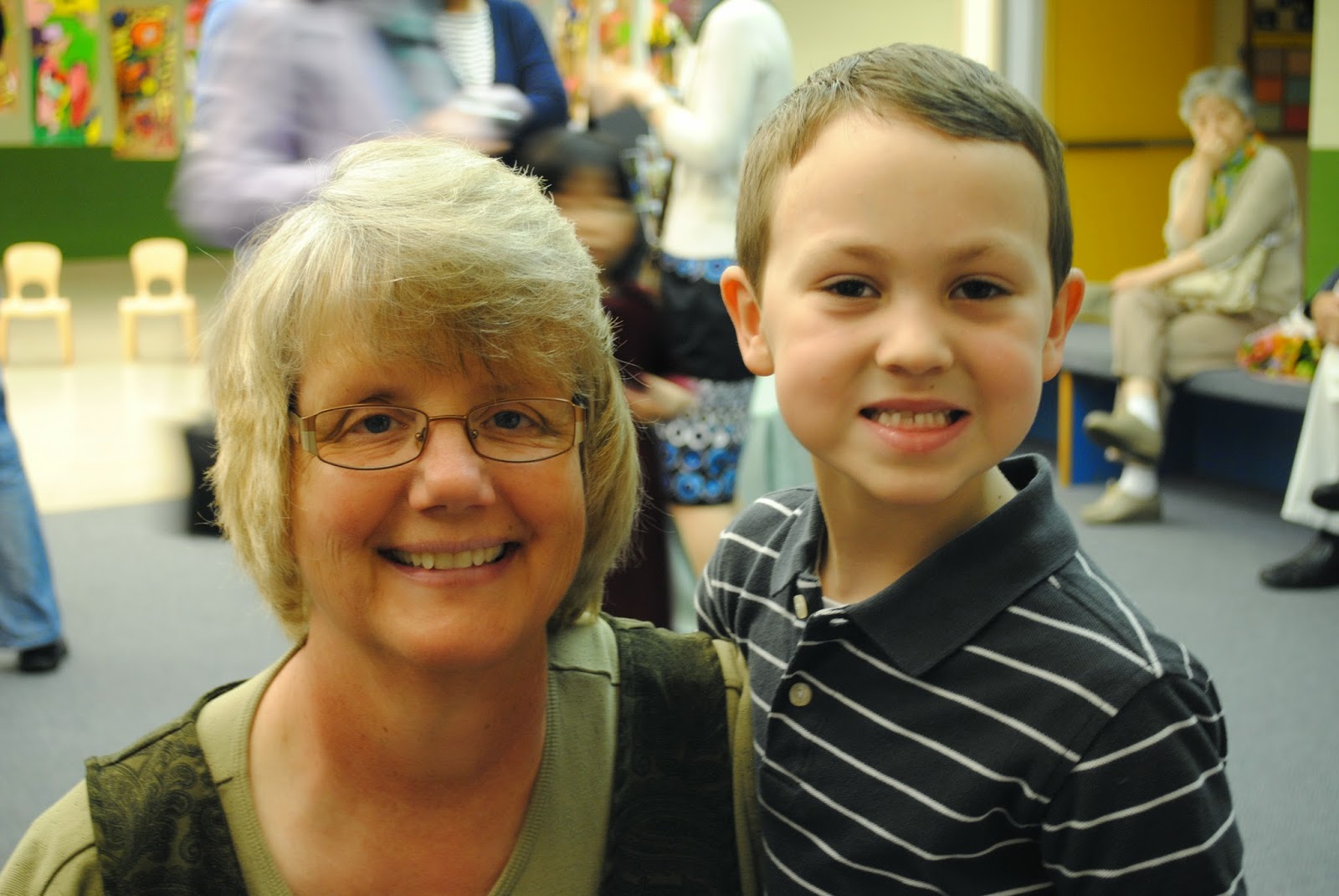 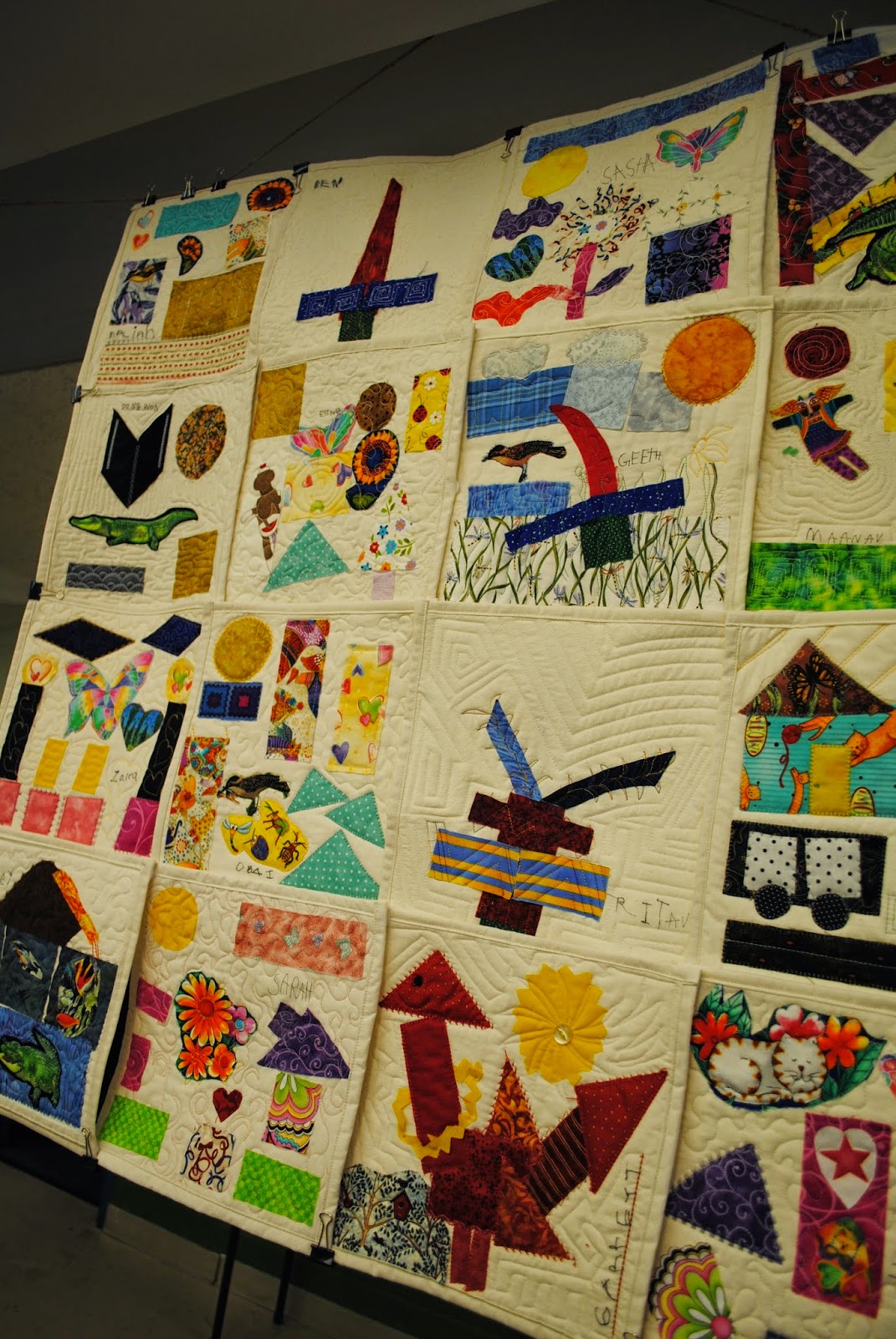 one of the projects the kids do during the year is sew quilt squares.
you will note that many of these are lovely scenes depicting birds, flowers, cats, etc.
ben's is toward the top left.
being a man who appreciates some good white space in his art, he made the sword. 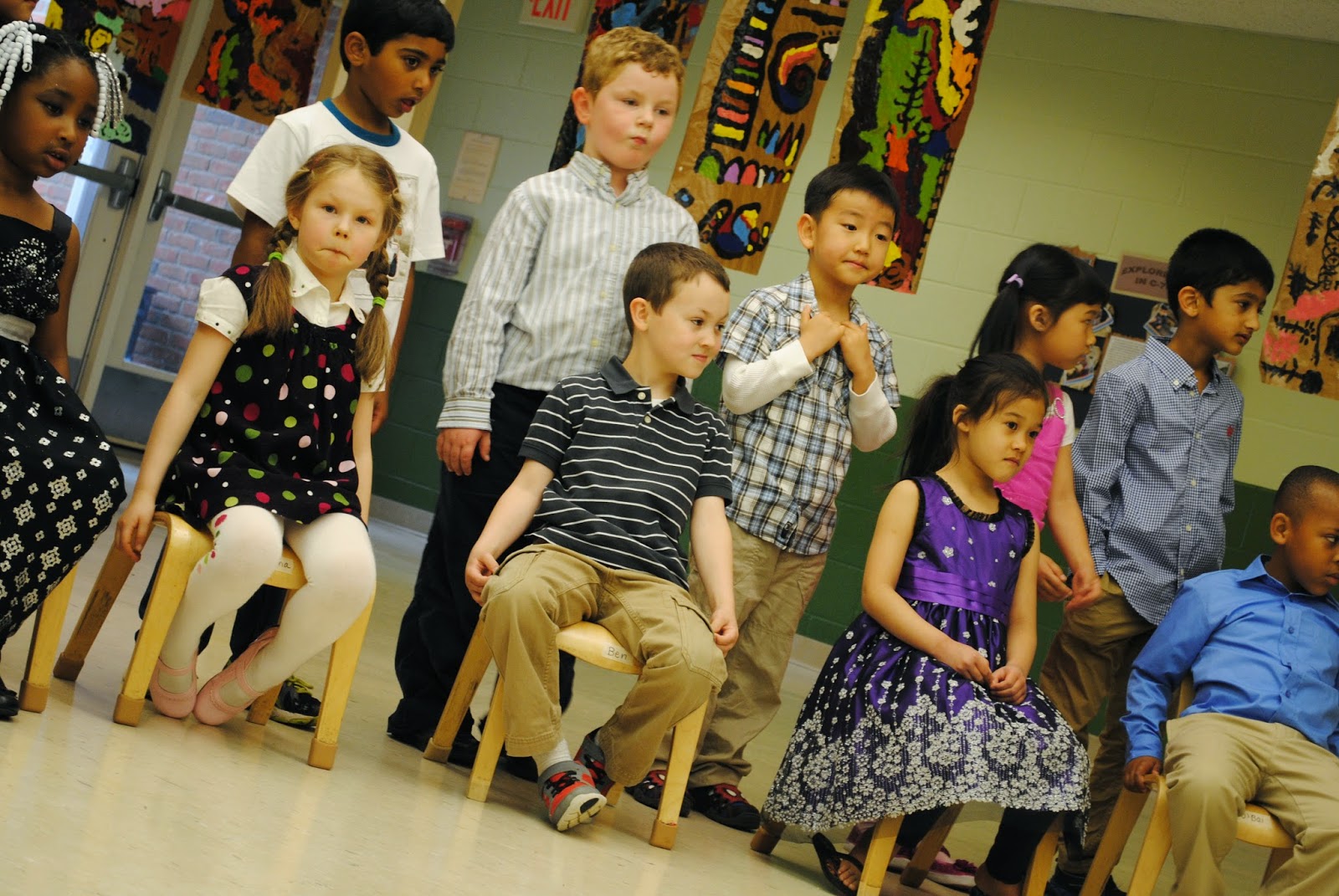 the whole event was really cute.
and then the musical performance portion of the event happened. . .
there he is.
in the middle of the whole thing.
it started out looking promising. 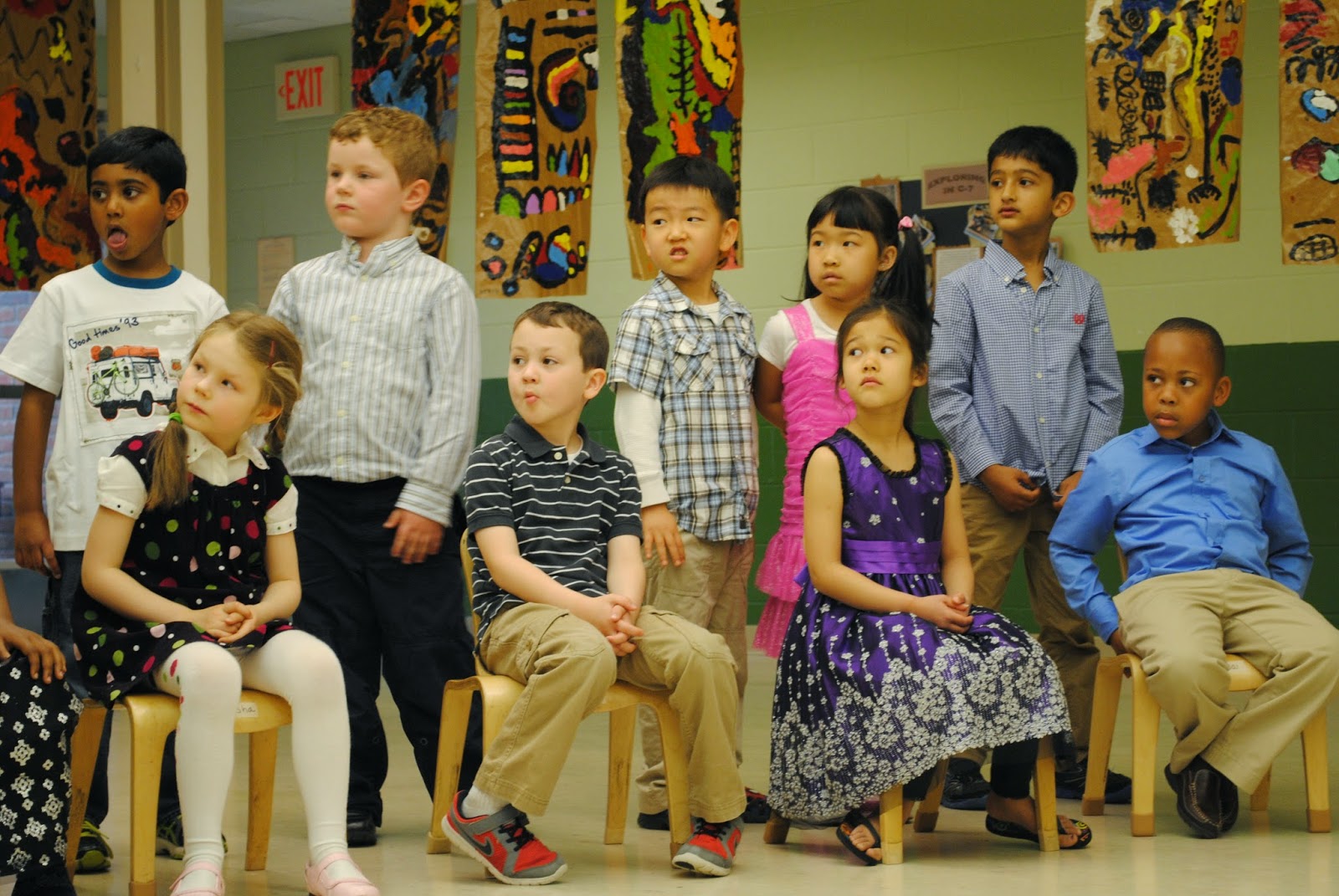 the kids were even listening to their teacher, standing to the left.
(also? over half of the expressions in this shot are perfection.) 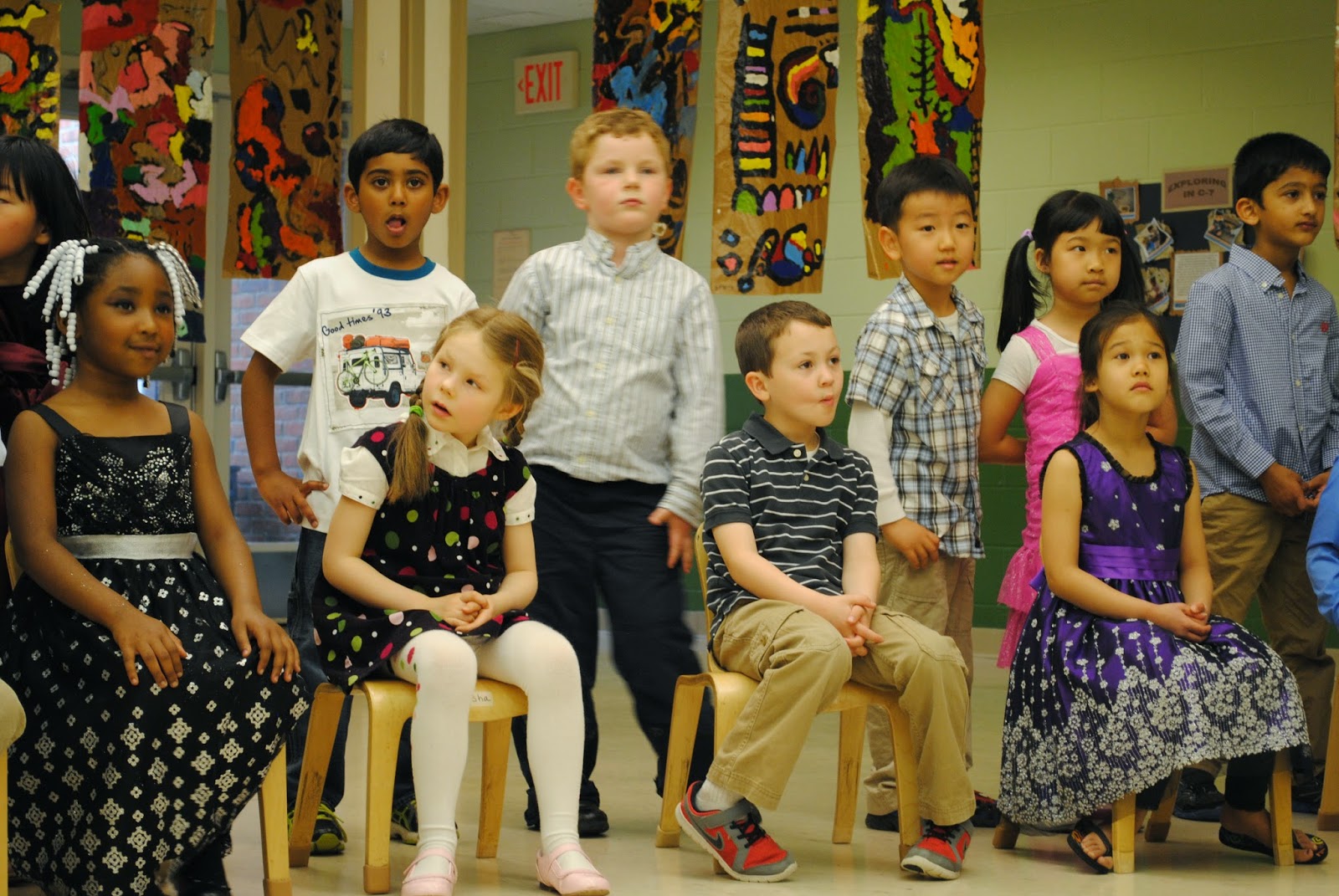 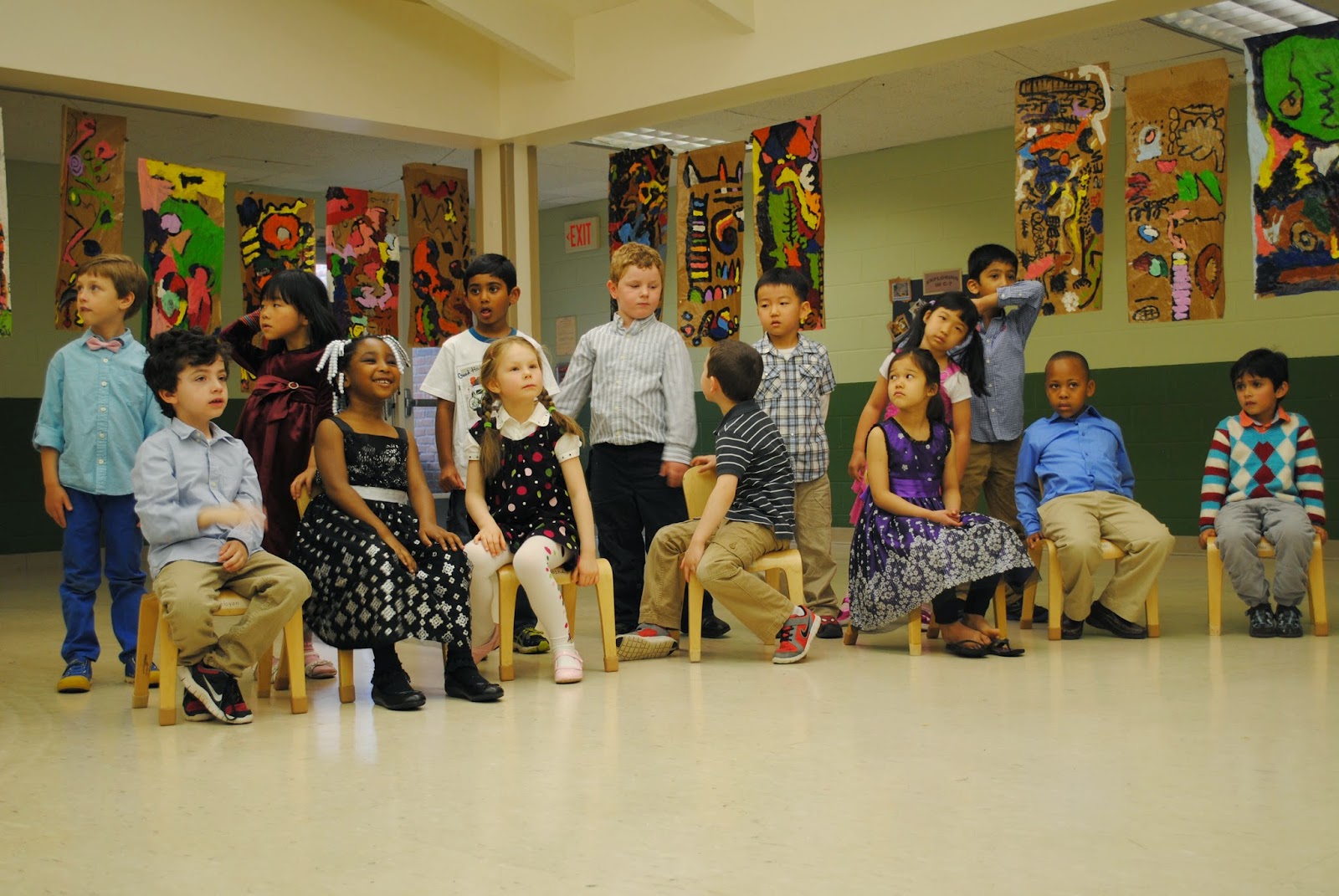 then we got TOTALLY bored.
so we decided to turn around to talk to Garrett. 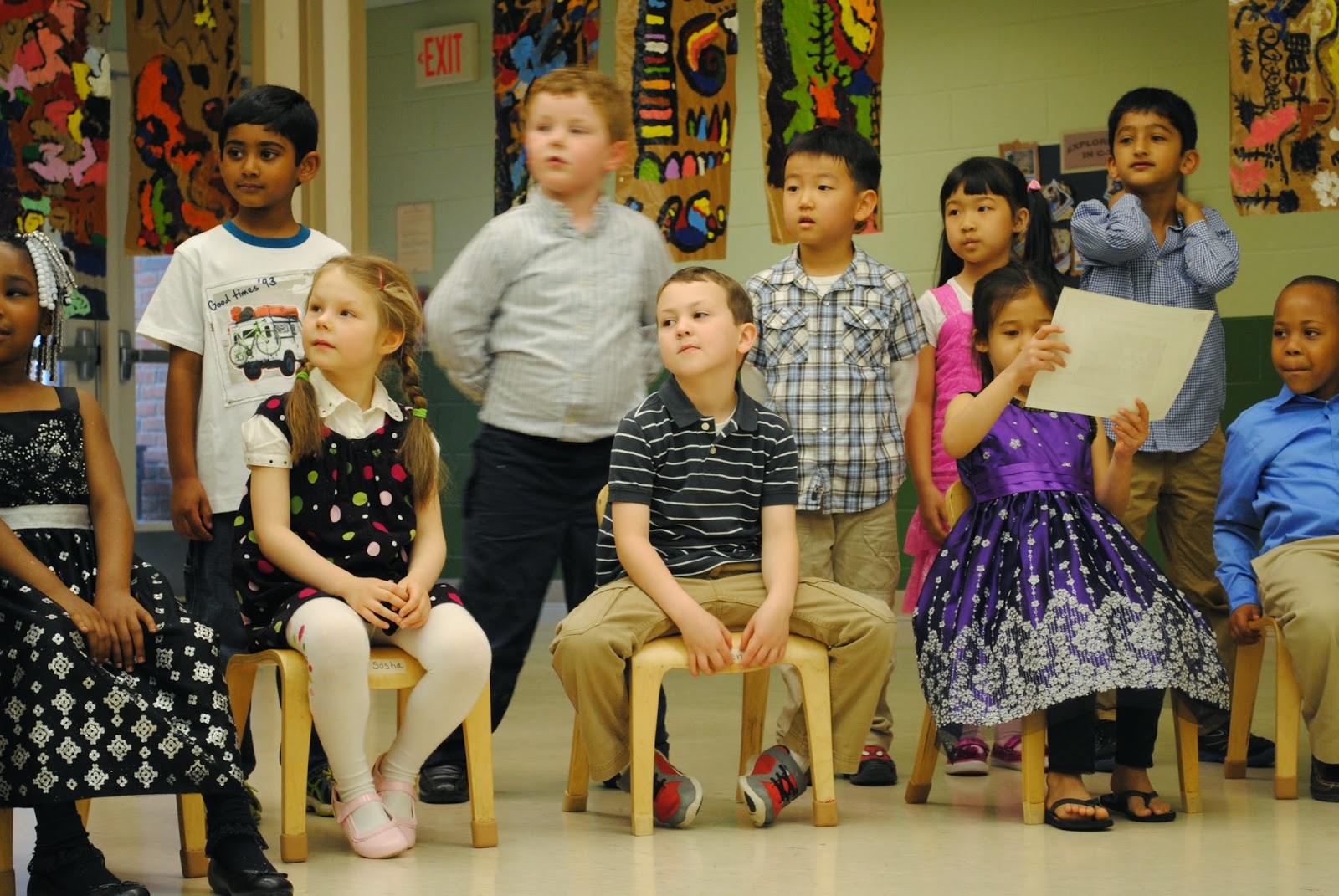 but Garrett wanted to pay attention, so. . . 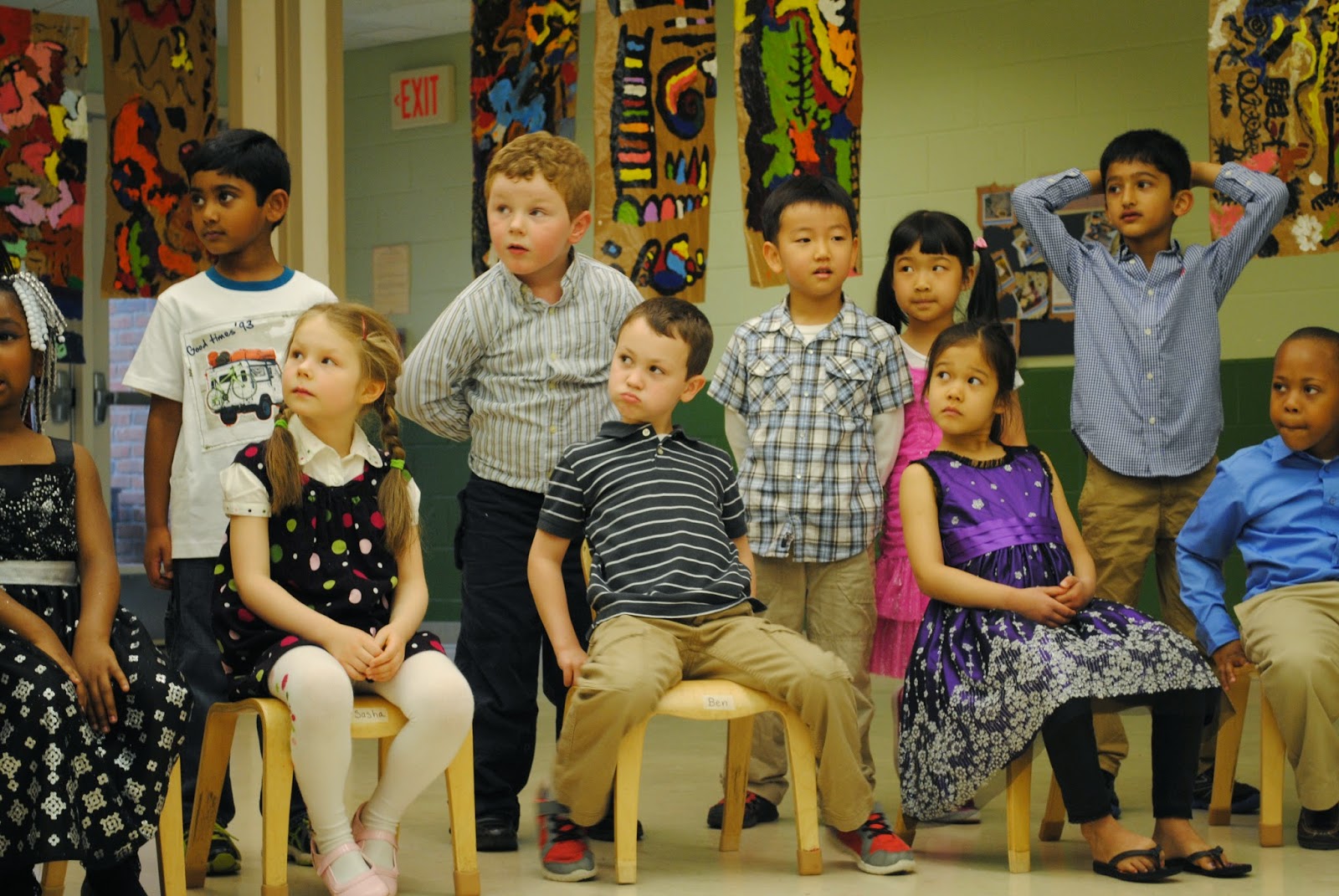 suffice it to say, the photos from the event just kind of went downhill from here.
picture a bunch of kids singing.
and benny doing more of this.
for two full songs.
bless his sweet heart. 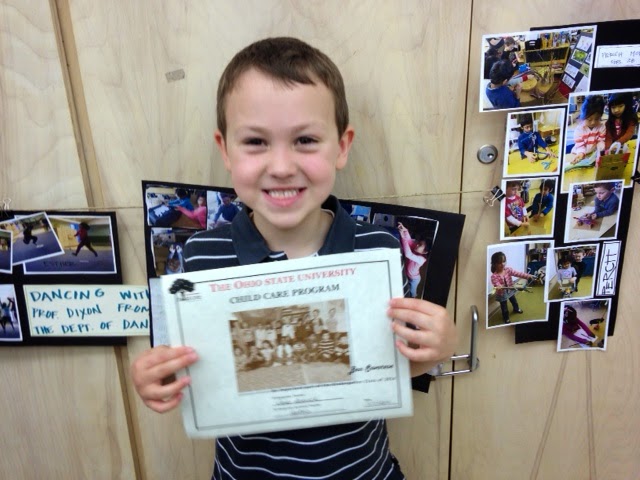 we officially have a kindergarten graduate (who is also now technically a 1st grader. ahem.) on our hands!
here's to all the Ohio State students that i am joining today in our "first day of school."
may our degrees be just around the corner. :)