right now Beyblades are all the rage in our house.
ask ben.
he can sing you the entire theme song.
Beyblades are little cylindrical metal pieces that attach to a piece with a ripcord.
you pull said ripcord to send them spinning.
before you spin them, you MUST yell "3-2-1 Let it rip!"
like this... 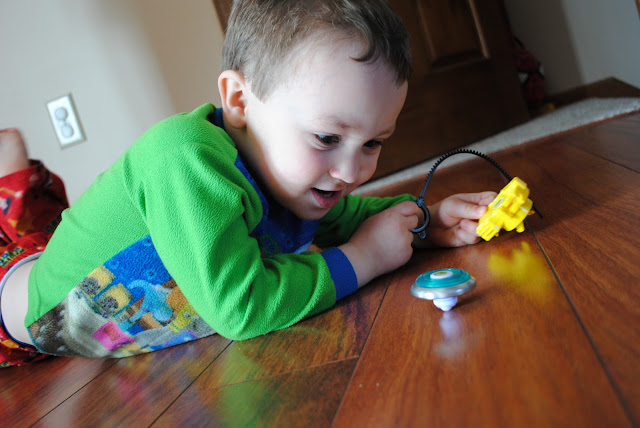 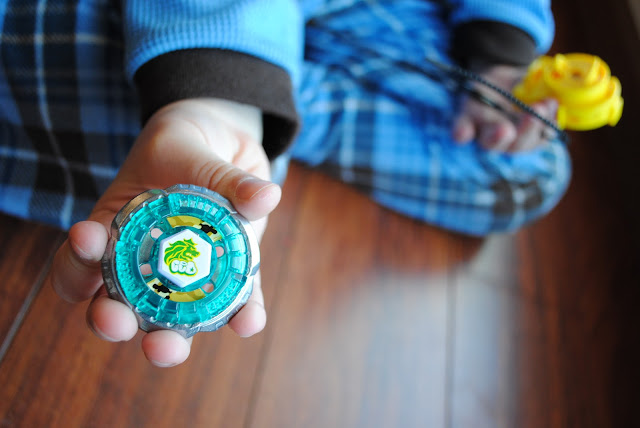 yes, friends....they are fancy tops.
but the boys think they are a very modern concept.
we just go with it.


they also come with a Beyblade Stadium.
this looks like an oversized dog's waterbowl with a few rivets in it.
here, you are to send two of these spinning at the same time.
the one that stops the other from spinning wins.


recently, anth decided to teach me "how to bey."
after about three rounds of me v. benny, anth leaned over to my ear and whispered,
"just so you know, you're better at this than ben."
about 30 seconds later he came back for a second message in my ear.
"but don't tell him. it's probably just because you're old anyway."