and, we're back!
with anth.
at his last baseball game of the season/the first one mom took more than 2 pictures of...on her phone.
#ipromiseiadoremykids 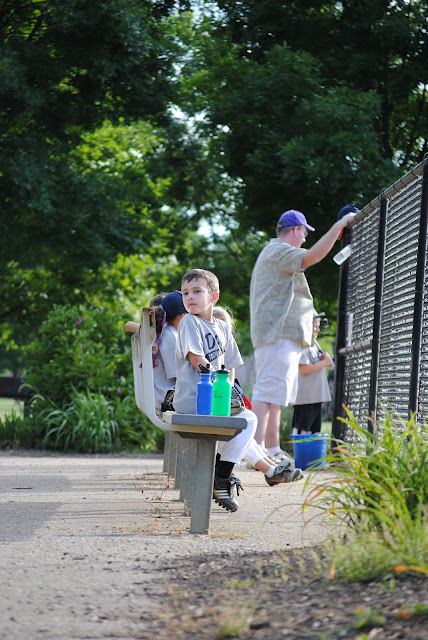 anth, not shockingly, always goes back to the bench and dutifully sits where he was told while waiting for his turn at bat.
always.
even while complete and utter mayhem is ensuing about him. 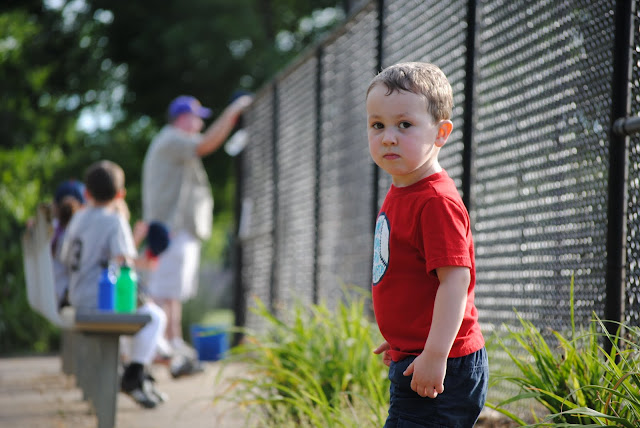 ben, also to no one's surprise, dutifully runs over to pester anthony on the bench, as instructed not to by his mother.
always. 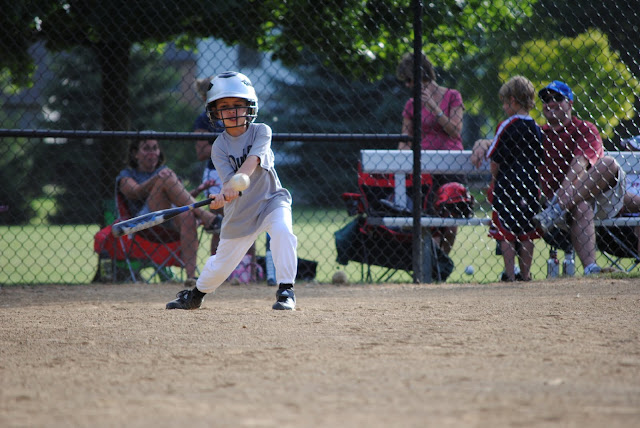 anth, as he was for most games, was three for three. 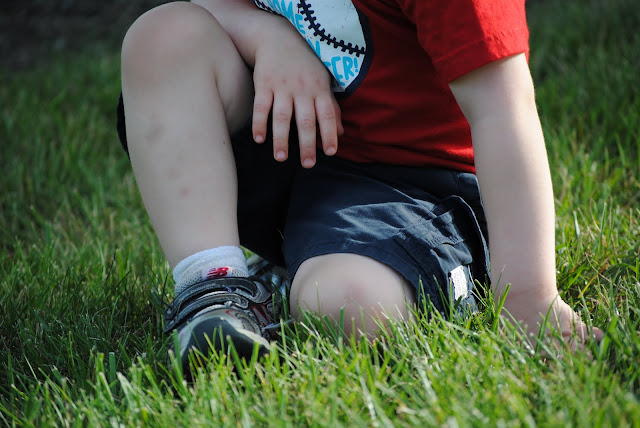 why no head?
glad you asked.
that's because there is a pond/lake/fake form of water in the park where anth plays.
it has a little fountain in the middle of it.
benny finds it rather alluring.
as such, he begged me to take him over to it. so we struck a deal.
i would take him to the fountain if he would let me take a picture of him. 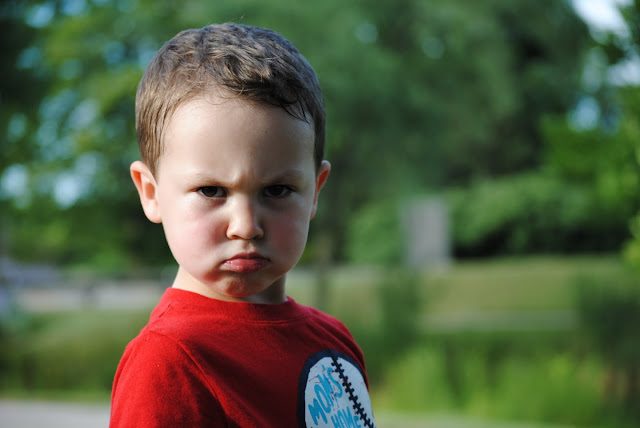 i failed to clarify what kind of picture i wanted out of him.
this was not the spirit of photo i had in mind.
so i went for one sans face.
perhaps now i best understand why Priscilla (of the amazing Priscilla Joy Photography) took the picture of all four of us in jeans. including only our jeans and feet. 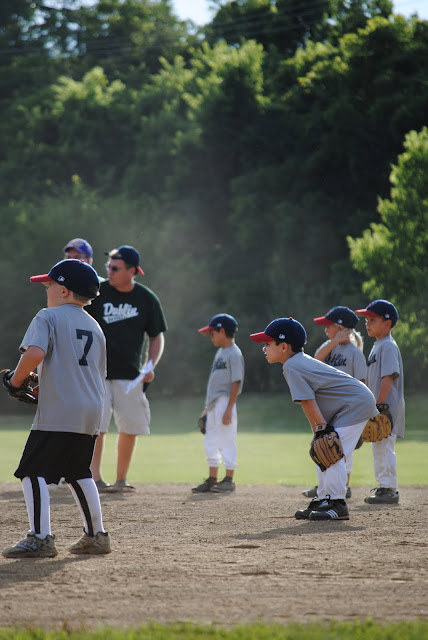 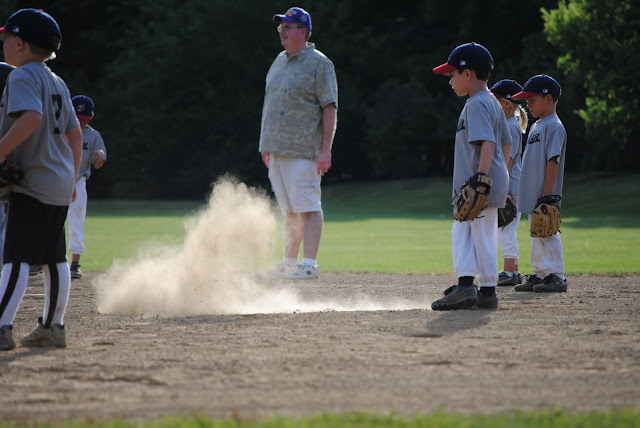 bern spent most of the season coaching third base.
this involved less coaching and more dust monitoring.
the kids love to kick up dust.
bern's nickname was The DustBuster.
actually, it wasn't. i totally just thought of that. but it should have been. 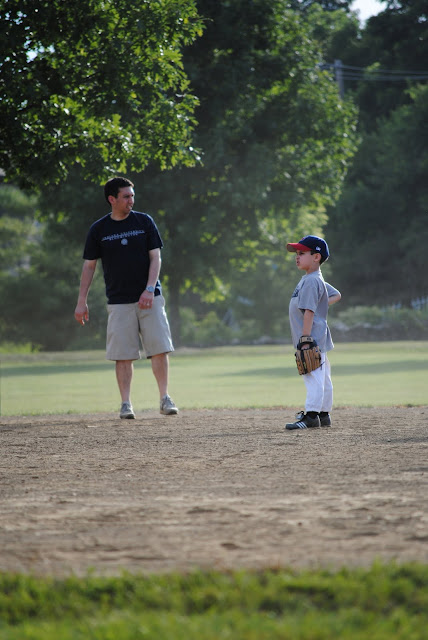 neither of these boys looks very pleased.
plus anth is rocking the pose of an 80-year-old-man with lower back pain. 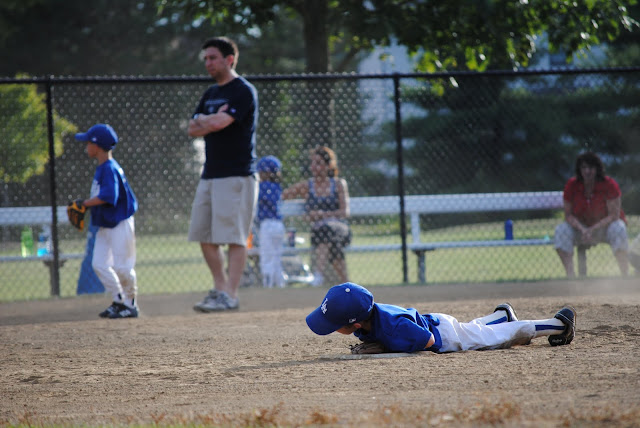 okay. this kid isn't mine. or even on my kid's team.
but, he totally stopped to do this in the middle of the game.
haha. 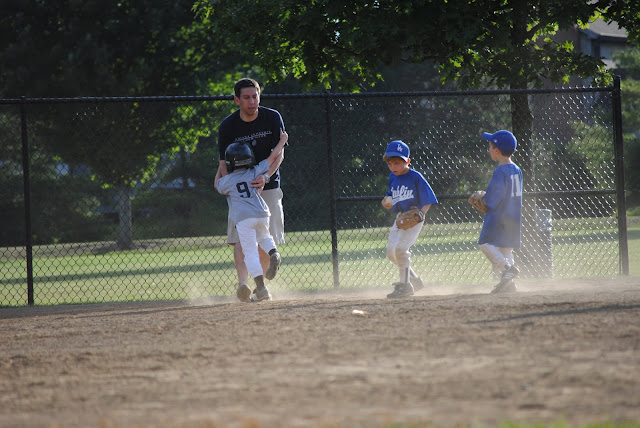 anth, being the world's most precious peanut, ran into third base for his final hit of the game and leaped up to daddy for a hug.
bern gave him a quick squeeze and redirected him to third base. 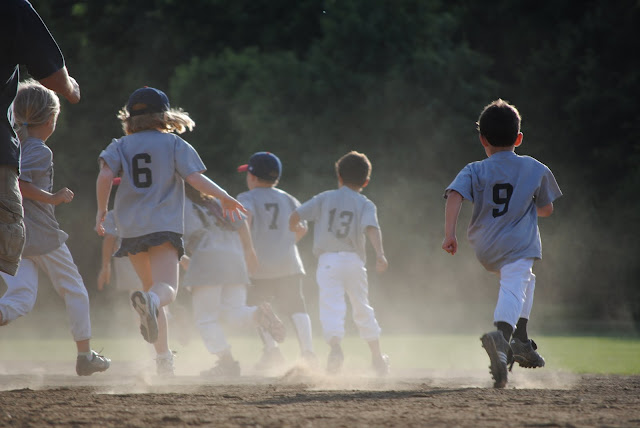 Coach Mike had all the players take a final lap around the field together at the end of the game.
(aka, more dust.) 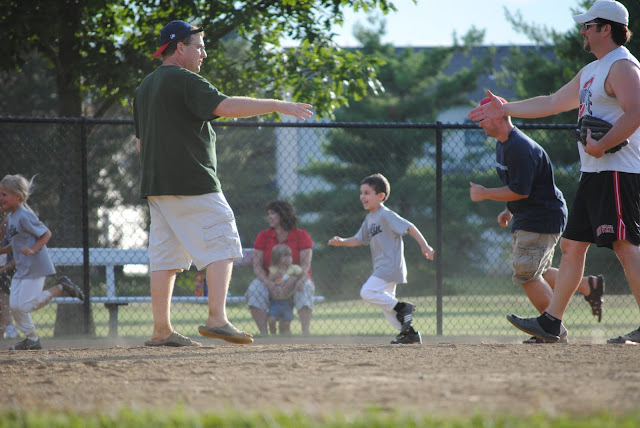 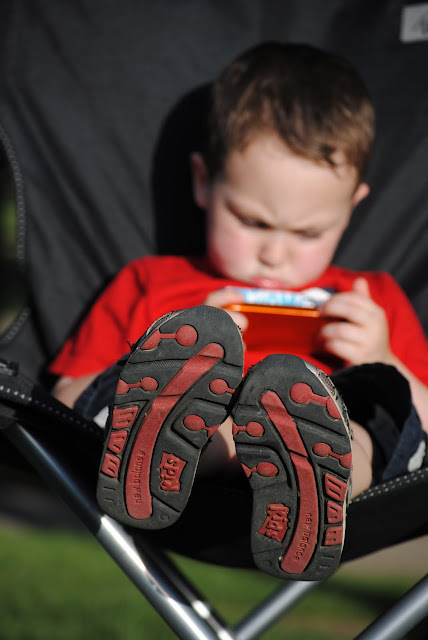 ben was deeply moved by the whole experience.
♥ posted by momma savvy at 9:05 PM

Email ThisBlogThis!Share to TwitterShare to FacebookShare to Pinterest
Labels: anth and benny, baseball