i admit it.
i did a terrible job of documenting anth's first baseball season.
this was for a handful of potential reasons.
1. it rained. a lot. hence over half of the games were cancelled.
2. ben. when i bring him, he doesn't so much want to sit and watch baseball.
3. i am an abject failure.
4. some sort of combo of the above.
either way, anth had three games tacked on to the end of his season to make up for the incessant weather earlier in the season.
two of these were while i was in New Orleans.
bless bernie.
the third was, thankfully, on my first day back in town.
i brought the camera.
and ben.
so, the following are the best i could do while wrangling a three year old... 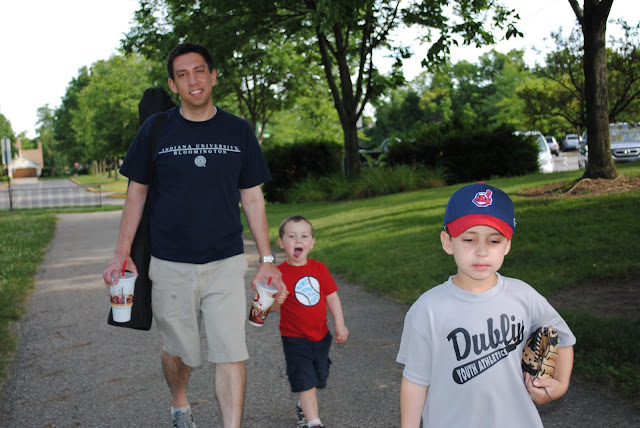 even on the walk in, you can see he was in a cantankerous mood.
yep. that's right.
i said cantankerous.
anth was clearly walking far ahead. 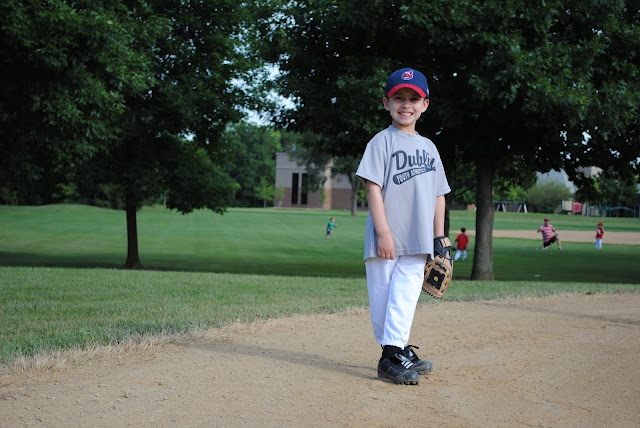 my sweet boy at the top of warm-up. 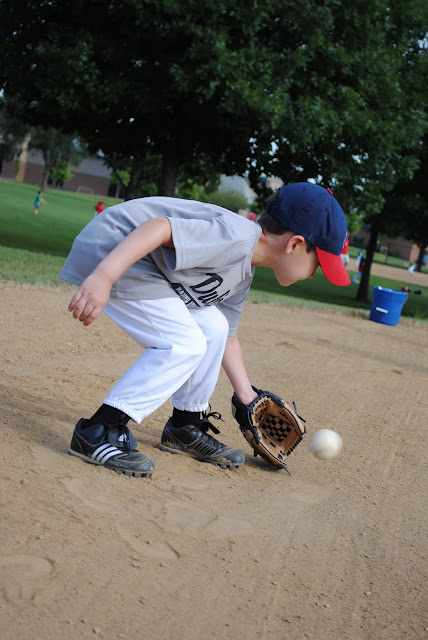 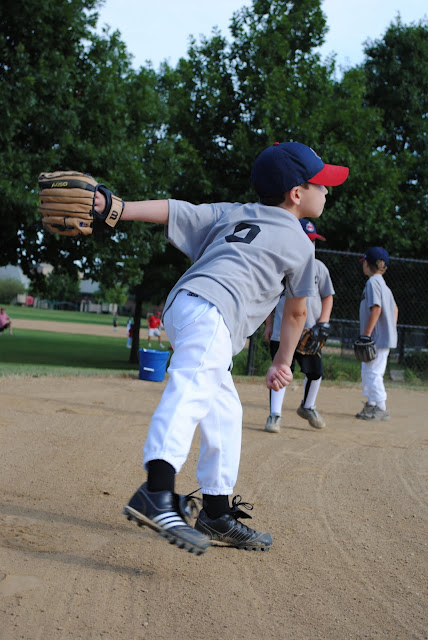 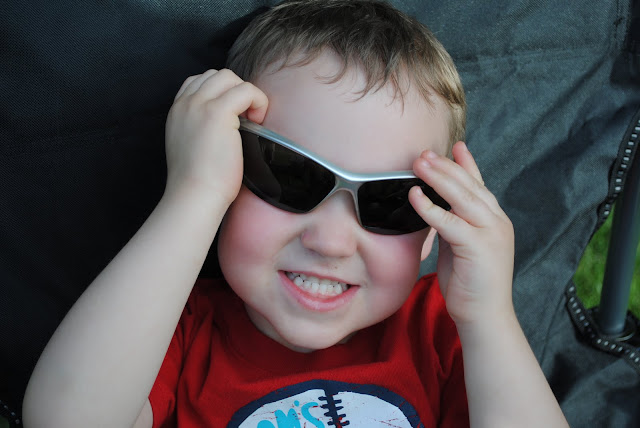 these glasses do not belong to ben.
or bern.
or me, for that matter.
they belong to the man sitting next to us.
right... 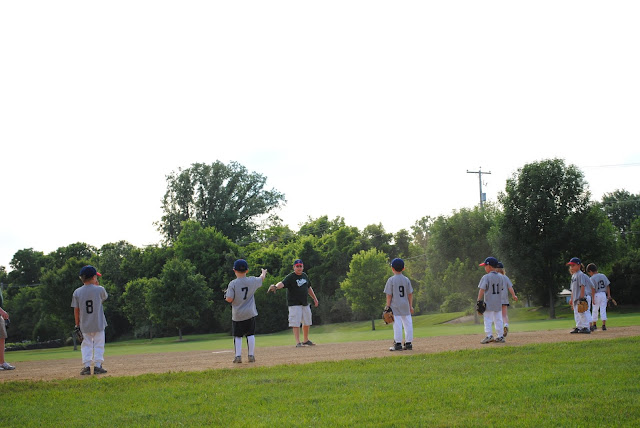 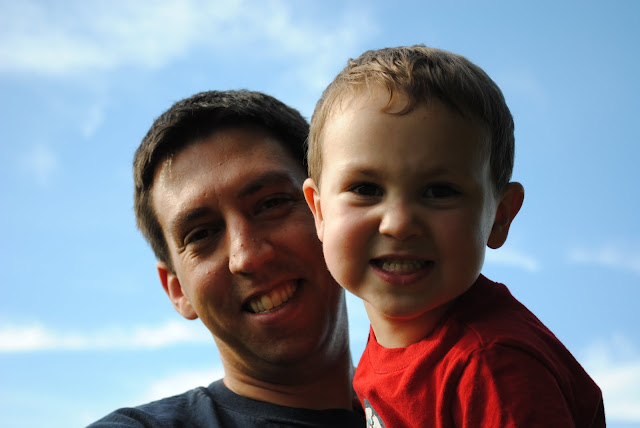 daddy snuck in a squeeze before heading off to coach third base. 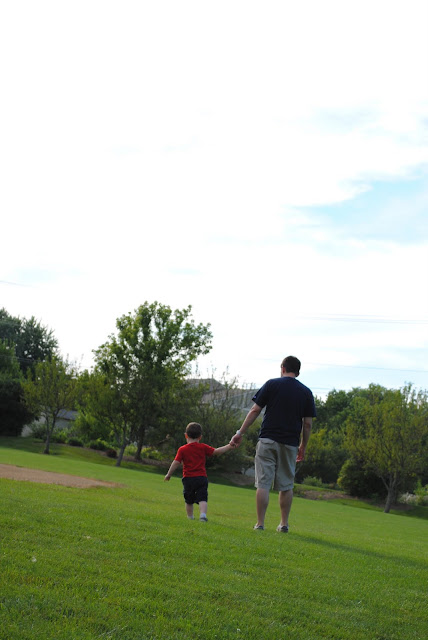 a quick walk to remind ben that he was here to watch anth's game. 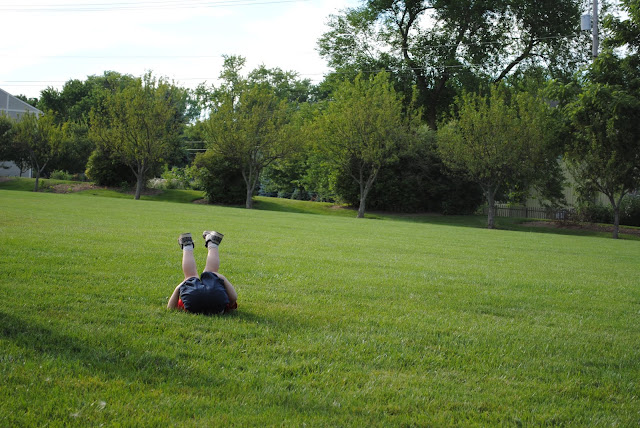 ben's response.
he did this for approximately 15 minutes.
well, not this exact position.
but a serious of running in giant circles and shouting "plop" before landing back in this same pose.
all class. 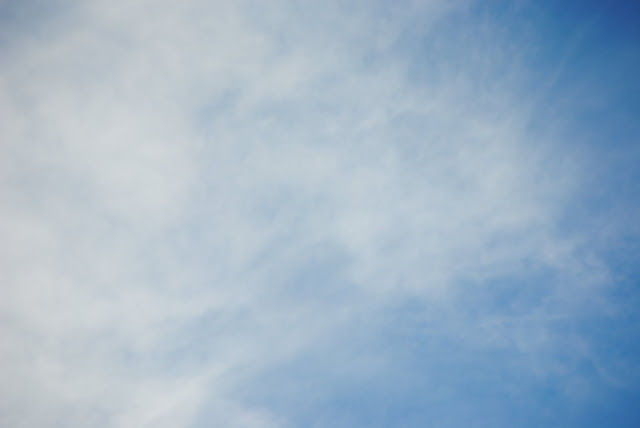 here is where ben begged me to take a photo of anthony playing baseball.
he insisted he could see anth through the eyepiece. 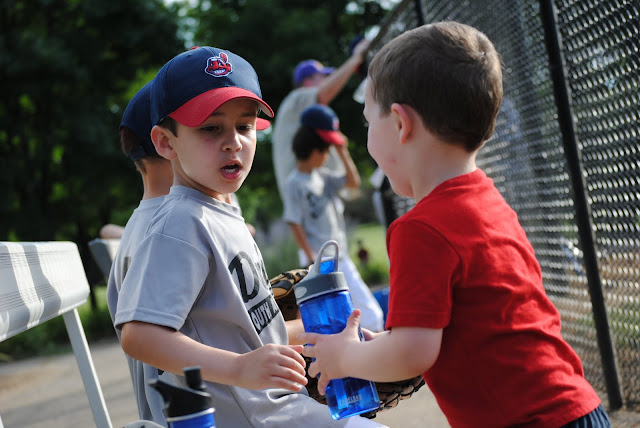 you can easily see anth's reaction to benny running over to steal his water.
you have to look a little harder to see the impish smile on benny's face.
the actual game?
whatever do you mean?
that's tomorrow, friends.
♥ posted by momma savvy at 9:00 PM

Email ThisBlogThis!Share to TwitterShare to FacebookShare to Pinterest
Labels: anth and benny, baseball