where is the pause button?

today was anth's last day of summer.
really, he spent the summer at what he calls "sports camp" on campus.
on Wednesday, bern and i took the day off and took anth to Easton.
we had breakfast at Panera, saw Ice Age: Continental Drift, had lunch at Piada (obsessed), and wandered around anth's favorite place, The Lego Store.

today, anth and i spent a special day of fun together before 2nd grade starts on Monday.
(ack.) 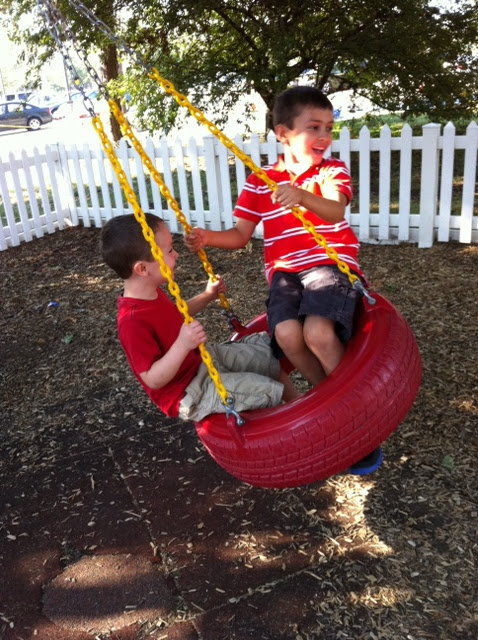 because ben was more than slightly jealous of anth's "special day," we let him hang out with us for a while this morning.
at drop-off, anth went out and checked out the playground equipment on his old pre-school stomping grounds.
it appears that it is still just as fun as it was 3 years ago.
we then headed over to mom's work for a little bit, and dined at Anth's choice of lunch establishment, Cane's. 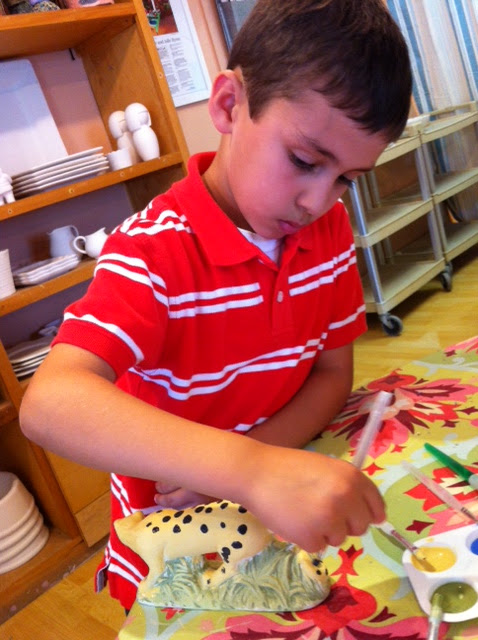 our post-Cane's fun was the highlight of the day.
anth has been asking to paint pottery all summer.
Clay Cafe was our place of choice.
after a long debate between the cheetah and the gecko, anth decided there would be "more of a challenge" in a piece that required more than one color. 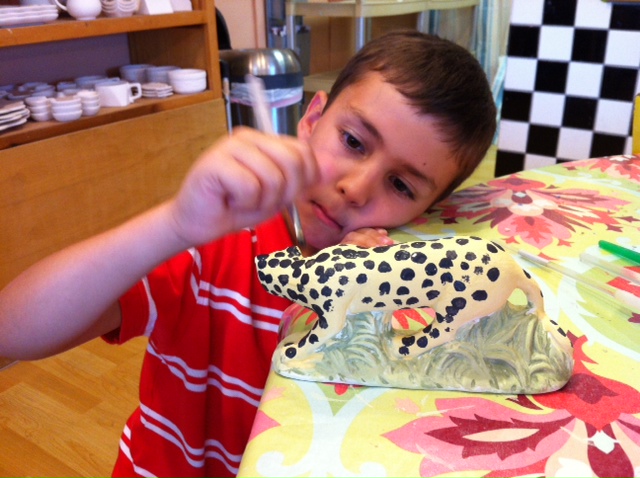 the kid was focused. 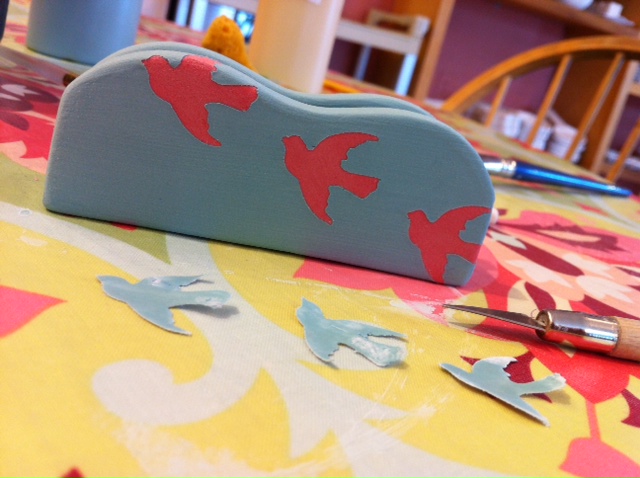 i chose to go a little more practical, and opted for the business card holder.
(because i have swarms of people who make it to my office and demand a business card. . .)
also - these will dry to be teal and red.
not so much the baby shower pink and blue they appear to be right now.
i think.
or at least i hope. . .

we then made a brief jaunt into Target for anth to explore his favorite new craft, Orbeez.
according to the box, they are "super absorbent polymers."
you throw them in water and they grow.
basically, they are the same material once used to help save crops during droughts.
and the junk inside diapers.
(which i have previously tested the "throw in water and grow" concept on by washing a diaper and throwing it in the dryer. any other bleary-eyed mom who has done this - and i know they exist- will know how fun this one is to clean OUT of the machine.)
anyway, we now give these substances to children to grow and collect.
after being introduced to them by his friends Ziya and Myka last week, anth now wants to grow some of his own.
he insisted we get some to surprise ben as well.

then, we were off to school... 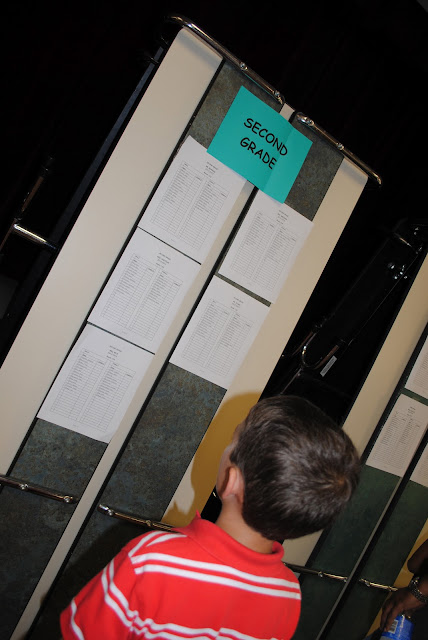 it was time to find out what class he is going to be in next year!
because i have a work task on his first day on Monday, i got to walk around with my camera and horrify anthony today instead.
(this means that dad will do the same on Monday. twice the fun for anth.)
anth got to walk around his new class, check out his desk, and meet his new teacher.
she seems like a gem.
in the real genuine, non-sarcastic, form of the word. 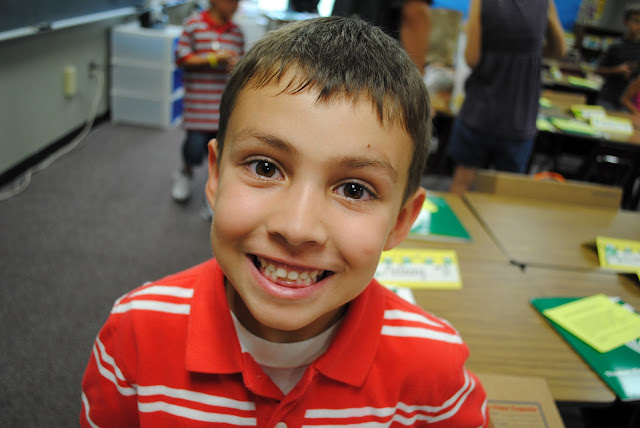 this is my (almost official) second grader.
where on earth is the time going?
this same kid, who i swear was just learning how to walk, is now reading books and commenting on our presidential candidates.

if i don't think about it too much, it breaks my heart a little less to see him getting so big so fast.
♥ posted by momma savvy at 7:49 PM